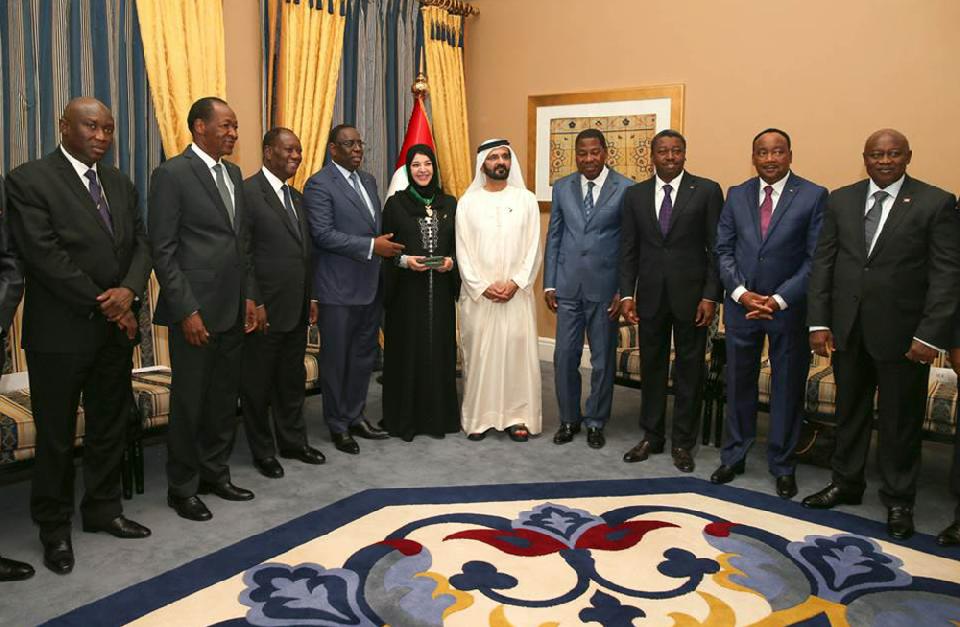 UAE companies have been aggressively expanding and investing overseas. The country sees itself as a gateway connecting Africa and the Middle East with Asia, and Asia with Europe. Backed by its oil wealth, the UAE has itself rapidly evolved in just a few decades from a nation of poor fishing villages into the one of the region’s leading investment hubs with modern infrastructure, skyscrapers and mega highways in Abu Dhabi and Dubai.

“Dubai is today the center of business. … The UAE is a real reference of growth and progress,” said Benin’s President Thomas Yani Boyi at the signing ceremony held in Dubai. “We have a lot of natural resources and wealth in our countries.”

He described the projects announced at the investment conference as the beginning of “a Marshall Plan” for West Africa.

The investment forum brought to Dubai the eight heads of state of the West African Economic and Monetary Union, which groups together Benin, Burkina Faso, Ivory Coast, Mali, Niger, Senegal, Togo and Guinea-Bissau. The bloc represents a combined population of around 100 million people.

A total of 16 agreements were signed at the investment forum. Other projects cover a range of sectors such as energy and food security.

Benin, Guinea Bissau and Niger agreed to a nearly $2 billion project that includes roads, a bridge, airport and a thermal power plant by Essar Projects, the UAE subsidiary of India’s Essar Group.

Ahmad Abdulkarim Julfar, the CEO of the telecom company Etisalat, which operates in West Africa with a 53 percent share in Maroc Telecom, told The Associated Press that despite the high risks associated with investing in an often politically unstable region, there is also a huge potential for growth and expansion there. Etisalat is 60 percent owned by the UAE and operates in a number of African countries.

“We have started to see signs of improvement in governance in some of these countries,” he said. “Etisalat has been a successful ambassador for the UAE. … We have a long-term view in these countries.”