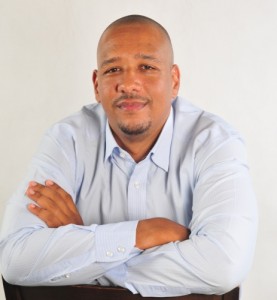 “As GeoPoll becomes the go-to solution for organizations looking to gain insight into African audiences, we’ve expanded accordingly,” said Steve Gutterman, President of GeoPoll. “Our new hires bring valuable market research experience that will be a key asset in addressing our clients’ information needs.  John and his business development team will lead our sales efforts and provide clients with insight regarding key markets, demographics, and customer preferences that has heretofore not been available on a real-time basis.

Muthee most recently served as Managing Director for GfK East Africa, where he oversaw the Consumer Choices research division, and all client engagements across the region. In his previous role as Regional Manager at GfK, Muthee coordinated the development of a retail panel across East Africa. Prior to joining GfK, Muthee was Country Manager for Tanzania at The Steadman Group.

●         Wavinya Kiagiri, Business Development Director, Media Products for East Africa. Wavinya was formerly Head of Operations for Advertising at Kenya’s Nation Media Group, driving the use of research for sales, product development and strategy. At GeoPoll, Wavinya will be driving the adoption of GeoPoll’s Audience Measurement Service throughout East Africa.  Prior to joining the Nation Media Group in 2009, she was the Media Research Director at Steadman Synovate, now Ipsos. Wavinya will be based in Nairobi, Kenya.

●         Matt Angus Hammond, Business Development Lead for Southern Africa. As the Market Insights Director for East and West Africa at Millward Brown, Matt spearheaded the company’s expansion into Africa before moving to South African research house KLA as the African Business Development Director. In October 2013 he took a sabbatical and spent seven months driving through nine countries from Johannesburg to Kinshasa, including a six week journey down the Congo River on a cargo barge. He will be leading GeoPoll’s business development efforts in Southern Africa based out of Johannesburg.

●         Wangui Gikonyo, Business Development, Social Sector, for East Africa. Wangui has experience in both the corporate and social sectors, having worked with leading consumer goods brands, and more recently for several NGOs, including heading The AMREF Flying Doctors Society of Africa and working as Fundraising Director of the Kenya Community Development Foundation. Wangui will be based in Nairobi, Kenya.

This announcement follows GeoPoll’s recent office opening in Nairobi, Kenya, as well as the launch of new product offerings catering to strategic sectors. In June, GeoPoll announced its Audience Measurement Service, and with it, the first ever overnight television ratings for multiple countries in Africa. The service currently represents daily television and radio consumption of over 300 million Africans, and aims to give advertisers and broadcasters an unprecedented, real-time look at viewing habits through individual action.

GeoPoll has also expanded its subscription services to include surveys on other key sectors, including Health, Finance, and Food & Agriculture. The GeoPoll database now includes more than 200 million users, and is projected to expand to 500 million by the end of the year.