Despite a challenging global economic environment, import and export trade volumes for DHL Express Sub Saharan Africa (http://www.dpdhl.com) remain strong and are forecast to grow. This is according to Charles Brewer, Managing Director for DHL Express Sub-Saharan Africa, who adds, “The first half of 2014, revealed strong continuing growth for DHL Express Sub Saharan Africa’s top three import trade lanes: the United States, France and China while the top three Sub Saharan Africa’s export trade lanes were to Great Britain, the United States and France.” Deutsche Post DHL recently released their second quarter results, which saw the company achieve an increase in operating profit globally of almost 11%, thanks, in part, to increased profitability within its DHL Express business unit. “Trade in Africa continues to present huge opportunities for both established and emerging markets and as stronger connections and trade relations are forged between SSA and the rest of the world, supported by innovative logistics supply chains, the faster Africa’s economic development will accelerate.” Even with the accelerated growth that the continent has experienced, Africa is the world’s least connected continent, when considering the ease of moving people, trade, information and finance, according DHL’s Global Connectedness Index. “Going forward, regional integration will continue to play a key role in unleashing the continent’s growth potential. Some of the areas being talked about and focused on include a continental free trade zone, single customs union, a common currency, etc. all of which should significantly improve intra-regional trade, which presently is less than 20%. A good example of this is the recent and rapid progress made by the East Africa Community (Kenya, Uganda, Tanzania, Rwanda and Burundi) who are working incredibly hard on developing a number of critical and trade boosting areas such as projects to improve the roads, ports, rail and critically, the customs border environment and have recently introduced a common visa for the region.” [caption id="attachment_11526" align="alignright" width="260"] 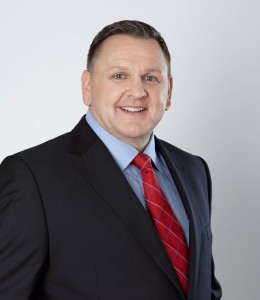 Charles Brewer[/caption] “For DHL Express Sub Saharan Africa, the first half of 2014 was characterized by robust growth in the Energy sector – particularly due to exploration companies mobilizing new campaigns in countries such as Cameroon, Congo & Gabon. The Technology sector continues to provide ongoing opportunities for DHL to provide innovative solutions, particularly through cross-business unit collaboration as customers look to align their internal requirements to achieve efficiencies and cost containment. Financial Services, although under competitive & regulatory pressure, has continued to grow – mainly driven by the need to provide customers with financial instruments quickly and effectively.” “We have an exceptional market position in Africa, one of the world’s leading emerging markets, and whilst we have an unparalleled footprint, we continue to invest in market leading infrastructure across the continent, with planned expansion in 2014 and beyond.” “SMEs remain an integral part of our growth story and a core focus is to continue making logistics more accessible. To date, DHL Express has over 3 500 retail locations across Africa, with 100’s more planned before the end of the year.” “As we say within DHL, we have been in Africa for 36 years and the turnaround from the ‘forgotten continent’ to ‘Africa Rising’ has been an amazing journey. The future only looks great. It’s time for Africa to focus, connect and grow.” concludes Brewer. *In partnership with APO   ]]>