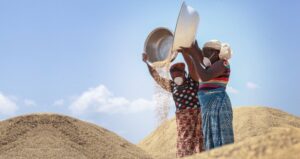 From the rice fields of Nigeria’s Nasarawa State to water treatment plants in Algeria, Singapore’s companies have been quick to spot the potential of Africa’s economies.

Indeed, the tiny country’s economic survival depends on it.   “Trade has been, is and continues to be the lifeblood of Singapore,” said G. Jayakrishnan, group director for the Middle East and Africa at International Enterprise (IE) Singapore, organisers of the Africa Singapore Business Forum that took place on the island between 27 and 28 August.   In 2013, Singapore’s trade with Africa hit $11.1bn, an 11.7% com- pound annual growth rate increase since 2009, according to the state-run agency.   It was the largest investor in Africa of the members of the Association of Southeast Asian Nations, with investments totalling $15.9bn, in 2012.   Local implantation   There are more than 50 Singaporean companies operating in Africa, spanning sectors such as electronic government, oil, transport and construction.   To help companies find the potential in Africa, IE Singapore opened its first sub-Saharan African centre in South Africa in January 2013, closely followed by a second one in Ghana in July of the same year.   The Singaporean government has been accompanying investors to Africa. Foreign minister Mas- agos Zulkifli travelled with a business delegation to Kenya in early June.   Meanwhile the private sector has been organising its own activities. Officials from the Singapore Business Federation and a dozen companies were in Gabon and Equatorial Guinea in early July to prospect for deals.   Singapore-listed Olam has a 30-year presence on the African continent. The agricultural trading giant has ventured into large-scale rice farming in Nasarawa State in central Nigeria.   “The state government was ready to provide us with the requested land, about 10,000ha, and we started our project in late 2011/2012,” says Venkatramani Srivathsan, Olam’s managing director for Africa and the Middle East.   “We have now done about 4,000ha of levelling and almost 3,600ha of planting. By next year we feel that we will be able to achieve the full scale of 6,000ha,” he adds.   Business activity concentrates on areas of strength for Singaporean firms.   With Singapore dependent on desalination for its water supplies, Hyflux has become an internationally competitive firm.   In April, it signed an agreement with South Africa’s Murray & Roberts to scout for joint projects in Africa.   Temasek, a state-owned investment company, has committed to two major investments in Africa.   In April, it acquired a $150m stake in Nigerian firm Seven Energy following an announcement in November 2013 that it had invested $1.3bn in three gas blocks in offshore Tanzania through its subsidiary Pavilion Energy.   Entry point to asia   The Southeast Asian country has also capitalised on its strategic location at the “transport and logistics nerve centre for the Asia-Pacific,” IE Singapore’s Jayakrishnan adds.   African companies are using Singa- pore as an entry point in the Asian region. “Getting into […] Singapore opens other opportunities in Asia,” says Ghana’s Derrydean Dadzie, chief executive of tech company DreamOval, which has partnered with Singaporean companies.   “The structures are well laid down, the foundations are well done and […] Singapore offers the platform to learn the ropes and easily move about in the Asian region,” he says.   Other major African companies operating in Singapore include South Africa’s Grindrod, Sahara Energy from Nigeria, Angola’s Sonangol and Algeria’s Sonatrach.   The picture is not all bright however. Singapore’s trade with Africa still faces steep hurdles.   Counter-party risk, underdeveloped transport and logistics, payment and visa delays are challenges hampering trade growth.   Jayakrishnan remains optimistic nonetheless: “If we spend enough time on the ground in Africa get- ting to know our partners – getting a good sense of the market, talking to more people in the industry – we should be able to fill the gaps.” ●   *Source theafricareport]]>