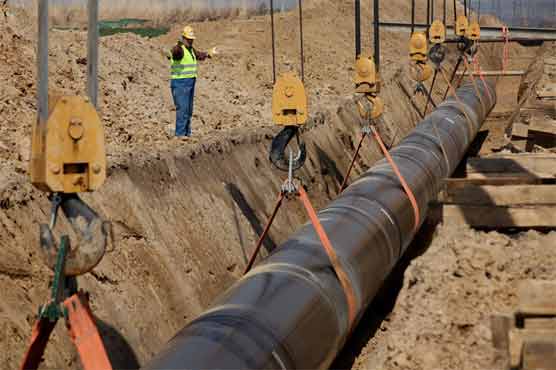 Zimbabwe could become an oil and gas producer following strong indications of significant reserves of the resources in northern parts of the country. Government has already commissioned mining research experts to determine the extent of the potential reserves in the Zambezi Valley. Earlier exploration by hydrocarbons giant Mobil Oil in the 1990s concluded there was nearly “100 percent potential of gas” and a high possibility of oil occurrence in the region. However, authorities did not prioritise further exploratory work then due to various competing national issues such as the military intervention in the DRC and the fast-track land reform programme. But with several African countries recently announcing oil and gas finds, such as in Mozambique and Namibia, interest has been rekindled and authorities have revisited the matter. Mines and Mining Development Secretary Professor Francis Gudyanga told The Sunday Mail: “We are working on that, but I think it is too early to make it public.” This paper has gathered that Government mandated a team of experts to confirm the existence of the oil and gas reserves. Geo Associates and Invictus Energy Resources are assisting the Mines Ministry and the Geological Survey Department in the project. Research shows that hydrocarbon deposits occur in sedimentary geological features less than 300 million years old. Zimbabwe has three areas holding sedimentary geological features that fit the profile – Karoo (150-300 million years), Cretaceous (50-140 million years), and Kalahari (four-50 million years). Of these, the Zambezi Valley — which sits on Karoo sediments in the Cabora Bassa Basin — holds the most potential for gas and possibly oil. Between 1989 and 1993, Mobil Oil explored a part of the Zambezi Valley in the Cabora Bassa Basin spanning 30 120 square kilometres. The company concluded the area was likely to have gas, a finding corroborated by German Geological Survey BGR. BGR analysed the data and carried out extensive fieldwork and indicated the area potentially held high volumes of recoverable gas. However, no actual drilling took place. Sedimentologist and geological consultant Dr Dennis Shoko, who worked with Mobil on the initial exploration, said: “The work carried out by Mobil was very extensive and the results they produced were very positive. Their surveys included airborne geo-physical work. They worked on the structure of our basin in areas such as the Mana Pools, the Cabora Basin and Zambezi Basin. “Their conclusion was that there was an almost 100 percent potential of gas, which then makes having oil a possibility. They then proposed to have a joint venture with Government to begin work that included drilling and setting up a 4km-deep borehole. But at that time, Government said it was not a priority and turned down the joint venture.” He added: “In recent years, an oil leak was discovered in Lupane, meaning there is high chance that there is oil in the Cabora Basin, which covers the north part of the country and the area between the escarpment and the Zambezi River. Remember we also share this basin with Mozambique, which has also discovered oil.” Investec Energy Resources’ Mr Scott Macmillan said the oil reserves — if confirmed — could turn around Zimbabwe’s economy. He said the subject would feature prominently at the Mining Indaba scheduled for Harare next week. “The resources could potentially provide the country with a significant new revenue base and create thousands of direct and indirect jobs, be utilised as feedstock for gas-fired power turbines and bring about a solution to the perennial power shortages as well as provide energy security for the country. “The hydrocarbon symposium will focus on the exciting conventional and unconventional under-explored oil and gas opportunities in Zimbabwe and highlight the country’s potential as an exploration destination in the region. Zimbabwe is still a frontier country in terms of hydrocarbon exploration. – *Source zimbabwelatestnews.net]]>