The former Sunderland striker Asamoah Gyan has issued a statement to deny media rumours linking him to the alleged ritual sacrifice of his friend, the Ghanaian rapper Castro.

Castro, real name Theophilus Tagoe, and his girlfriend, Janet Badu, both disappeared in late July while using jet skis during a holiday with Gyan’s family at a resort in Ada, Ghana. Both were presumed drowned, but the fact that no bodies were recovered lead to increasingly lurid speculation in the press over what happened to the pair.

Gyan, who left Sunderland for a lucrative deal with Abu Dhabi’s Al Ain in 2012, has always denied any involvement, but that failed to stop the speculation spreading, prompting his decision to call a press conference.

A statement from the Gyan family, read out by lawer Kissi Agyabeng, attacked the media for “wild allegations and rumours … ranging from the absurd – of the imputation of criminality to [Gyan] in the sense that he either murdered Castro or had him kidnapped – and ending with the ludicrous – that he sacrificed him spiritually to enhance his career.

“In our painful silence, we have been totally dismayed by the fact that the platform was provided for the peddling of these wild and ludicrous allegations and rumours against us. Those to whom the platform was provided offered no evidence whatsoever to back their statements. And indeed, the allegation of spiritual sacrifice can by no stretch of the imagination be propped up.” 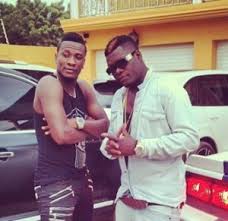 The statement added: “We take the opportunity and state without the slightest doubt in our minds that we are not blamable for the disappearance of Castro and Janet Bandu. We had no hand in that occurrence. We have no moral or legal culpability whatsoever. None of us rode out into the open estuary with Castro and Janet Bandu. Castro rode out there on his own volition and none of us have the slightest idea as to what happened to them.

“We have only been guess working and conjecturing and making what appears to us to be intelligent deductions – in light of the facts available to us, especially the fact that when they rode out on the jet ski Janet Bandu was not wearing a life jacket … We are in unimaginable pain and shock and we will give anything to Castro and Janet back.”

The family also appealed to the media, saying: “We humbly call for a truce between the Gyan brothers on the one hand, and the media on the other hand. We are reaching out a friendly hand to journalists and the media. Please accept it. It is time to let the matter rest.”

Africa: The AU's Ebola Mission - It's Not All About the Money