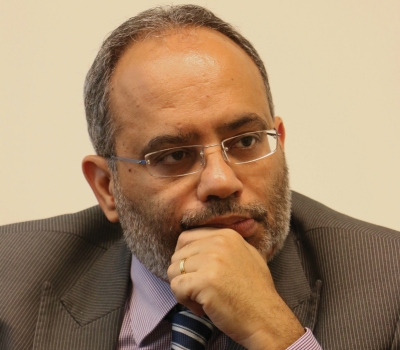 Carlos Lopes, Executive Secretary of the UN Economic Commission for Africa. Photo: Africa Section / Bo Li[/caption] Following the launch of the 2014 Economic Report on Africa in Abuja, Nigeria, Carlos Lopes, the executive secretary of the Economic Commission for Africa, attended the New York launch of the same report. The report addresses two essential questions: what are the right policies for industrialization and what role can the private and public sectors play? In an exclusive interview with Africa Renewal’s Kingsley Ighobor, Mr. Lopes explored these issues. These are excerpts from the interview.
Africa Renewal: Give us a snapshot of the current state of the African economy Carlos Lopes: The current status of the African economy is good but it’s volatile particularly in the oil and gas sector, which as you know accounts for a lot of Africa’s combined gross domestic product. We predict a 6% growth this year. We should not bank too much on the stability in the energy export front because the shale gas revolution in the US is going to change the rules of the game on energy, particularly oil and gas. The US is not going to need to import energy in the near future. Which means oil and gas producing countries should be worried? Yes, worried about the US market continuing to be one of their destinations. How exactly will the US energy market be a game changer?  In about five years they will not import oil and gas. The US is poised to become a net exporter of energy. In five years, either you have an alternative market or you may be marginalized in terms of US demand. What about increasing consumption in Africa? A rising middle class should lead to more demand for energy. That’s my entire point, that Africa’s industrialization centres around three big characteristics and one of them is internal markets. The second is the fact that we have renewable energy potentials. Also, our leapfrogging capabilities, technologically speaking, make the case for a green, clean industrialization. The third is that Africa’s entry tickets are its commodities. This year’s Economic Report on Africa emphasizes “pockets of efficiency.” What does that mean? These are segments of the global value chain created because they have the best contextual environment to thrive, for instance, textiles in Ethiopia and ICT [information and communications technology] in Kenya. I will give you the example of Morocco, which identified the aeronautic industry as a segment they could enter. They needed to adjust the school curriculum to respond to it; they needed to make sure that the right conditions—from taxation, investment incentives, to regulatory frameworks—were all lined up. Now they have 5,000 jobs in that sector.

The problem is that we are doing poverty reduction. We are not doing economic activity.