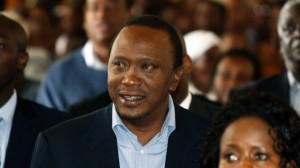 President Uhuru received 78 per cent job approval ratings in the survey among 26 African leaders, beating some who have been in power for over two decades. Mali President Ibrahim Boubacar Keita, who is in his first term of office, topped the chart with 86 per cent approval ratings, followed by Botswana’s Ian Khama at 81 per cent. According to the Gallup reports, the Presidents from more than half of the 26 sub-Saharan African countries surveyed in 2013, many of whom are attending the US-Africa Leaders Summit this week received job approval ratings higher than 50 per cent. But those ratings varied greatly across countries, from a high of 86 per cent in Mali to a low of 24 per cent in the Democratic Republic of the Congo. Paul Biya (Cameroon) was fourth with 70 per cent, Blaise Compaore (Bukina Faso) 70, Ernest Bai Koroma (Sierra Leone) 68, Mahamadou Issoufou (Niger) 64 and Macky Sall (Senegal) with 63 per cent respectively. Uganda’s Yoweri Museveni was ninth with 62 per cent, while his Tanzanian counterpart Jakaya Kikwete sealed the top 10 at 59 per cent. The Gallup World Survey 2013 results showed that in Kenya, those aged 45 and older are the most likely to approve of the job their President is doing than young adults aged between 15 and 24 to approve of the president’s job performance. Results were based on face-to-face interviews with at least 1,000 adults, aged 15 and older, conducted in 2013 in the 26 Sub-Saharan African countries. The survey revealed that age plays an important role in many issues the continent faces and young Africans aged between 15 and 24 are the fastest-growing age group representing 20 per cent of the continent’s total population and 60 per cent of its unemployed residents. According to the results, better-off residents are more likely to give high marks to their presidents with those living comfortably on present income accounting for 58 per cent while those finding it difficult on present income represent 48 per cent. Among leaders who received some of the highest approval ratings in 2013, a few have been in office for more than two decades, such as Biya and Museveni. But several others highly rated Presidents, such as Uhuru and Keita have either just been elected to a first term or started on their second term at the time of the survey. Residents who said they are living comfortably or are getting by on their present income were far more likely to approve of their presidents’ job performance than those who said they are less well-off. This suggests that better-off residents may be benefiting, either directly or indirectly, from a certain economic climate nurtured by the leader and his or her policies. In some countries, approval ratings seemed to reflect residents’ high hopes for a more prosperous and peaceful future. *Source The Standard /in2eastafrica *]]>