Tanzania has re-affirmed its readiness and strong commitment to do business with the United States and revealed its capacity to absolve 10 times or more of the current volume of investments and trade from America.   By TUMA ABDALLAH* 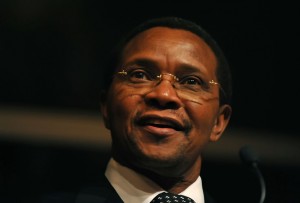 President Jakaya Kikwete said although there were already several investors and businesses from the US operating in Tanzania, he believed the country could do better than the current 4.5 billion US dollars investment and 328.8 million US dollars worth volume of trade. In his message to the US-Africa Leaders Summit that begins here today, the president said vast opportunities existed in oil and gas, mining, agribusiness, infrastructure development, manufacturing, tourism and other services. He said Tanzania had a big potential in natural gas with proven deposit of 50.5 tfc and a potential of up to 200 while downstream petrochemical related activities (using gas) were expected to commence soon. “There could be petroleum as well,” he said. Mr Kikwete said the mining sector offered plenty of investment opportunities with almost all minerals known to exist on the earth crust available in Tanzania – some of which found in huge quantities. “Tanzania has industrial minerals such as coal, iron-ore, nickel, cobalt, tin, soda ash and kaolin, plenty of gemstones including diamonds, ruby, garnets, emeralds tourmaline, sapphires and the beautiful tanzanite which is found only in Tanzania,” he said. He added that the country also had deposits of base metals such as gold, silver and copper as well as precious metals such as niobium and titanium. On agriculture and agribusiness, the president said Tanzania had about 44 million hectares of arable land, which was suitable for both tropical and temperate crops. He, however, said that currently, only 25 per cent of the arable land and about 500,000 hectares of the 29.4 million hectares suitable for irrigation were being utilised. The president reported that while about 91 per cent of Tanzania’s agriculture was in the hands of smallholder farmers, large scale agriculture was being promoted and ample land had been dedicated to cater for the needs of large-scale farming. At the same time, he further reported, the government was busy assisting in transforming the agriculture of smallholder farmers through the value chain, while deliberate efforts were being made to encourage local and international private sector to play a more significant role towards that end. President Kikwete told his audience that opportunities also existed in the manufacturing, ICT, power generation, transmission and distribution; ports, railways and tourism inviting US companies to come and invest in this and other areas. He assured them of conducive business and investment environment and peace and stability. According to the president, Tanzania has so many other attributes which makes her an investment destination of choice to investors. They include strategic geographical position with borders with eight countries and a gateway for six landlocked ones. “This provides good investment opportunities for the development of infrastructure, trade, transport and logistics. Currently, there are serious efforts to upgrade and develop ports, roads, telecommunications and railway infrastructure linking the country with Zambia, Malawi, Uganda, Rwanda, Burundi and DRC. Prospective investors are welcome to work with Tanzania to develop these assets,” he explained. Likewise, Mr Kikwete said, the Tanzania provided a sizeable market of 48 million people and an ever growing middle class and skilled labour force. “Tanzania’s population of over 48 million people is predominantly composed of young people. The country has invested substantially in education at all levels which makes skilled labour force readily available. Equally important to note is that so far, the cost of labour in Tanzania is relatively low in comparison to many parts of the world,” he pointed out. He congratulated US President Barack Obama for conceiving the idea of holding and hosting the historic Summit, which he said was a demonstrable proof of Mr Obama’s commitment to deepen US-Africa relationship and accelerate the pace of socio-economic growth and poverty eradication in the continent. Mr Kikwete said the summit offered an excellent forum for African countries to tell their stories about the progress they were making in the social, political and economic and security arena as well as available investment and trade opportunities. He said apart from a few trouble spots, Africa was no longer characterised by political instability, social strife and economic troubles. Economically, he said, the continent was booming and the prospects for the future look very promising. He quoted a report by the ‘Economist’, which showed that for the decade that ended in 2010, six of the world’s ten fastest-growing economies were in Sub-Saharan Africa. According to the IMF, during 2011-2015, seven African countries, Tanzania included, will be among the fastest growing economies in the world. President Kikwete gave an example of Tanzania whose economy in the past decade grew at an average of seven percent. “This year we expect it to grow by 7.2 while Inflation which stands at 6.4 per cent as of June, this year is expected to be brought down to 5 per cent or less by June 2015,” he explained. He attributed such strong macro-economic performance to sound economic policies being pursued by the government in line with the ongoing economic reforms. “The reforms have worked well for Tanzania, which in recent years witnessed phenomenon increase in investment and expansion of trade. FDI inflows, for example, increased from 150 million dollars in 1995 to 1.8 billion dollars in 2014,’’ he noted. *Source Tanzania Daily News/in2eastafrica.net]]>