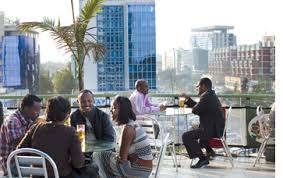 The report, entitled ‘Understanding Africa’s middle class,’ found there are 15 million middle-class households in 11 of sub-Saharan Africa’s top economies this year, up from 4.6 million in 2000 and 2.4 million in 1990 – an increase of 230% over 14 years. However, of the total number of households across these focal economies, 86% of them remain within the broadly “low income” band, emphasizing the nascent maturation of many of the continent’s markets. The report also found that the combined GDPs of the 11 measured economies had grown tenfold since 2000. The study uses a proven methodology widely employed in South Africa. The report, based on the Living Standards Measure (LSM), gives investors to Africa data on which to base their investment decisions. In the past, the conventional wisdom was that as many as 300 million Africans are categorised as ‘middle class’. The report points out that investors using an unquantifiable assumption might find individuals they had thought were middle class were in fact highly vulnerable to lose that status in any economic shock. The report suggests that while the middle class may be smaller than previously thought, two factors should give investors greater comfort: by any methodology Africa’s middle class is growing strongly; and Africa’s income accumulation is far more broad-based than had previously been thought. Standard Bank senior political economist Simon Freemantle, author of the report, says the new report is cause for optimism among investors as it suggests even greater scope for future growth, and indeed the report forecasts acceleration in the accumulation of middle-class households in Africa. Commenting on the lower than  anticipated total number of middle class households, Freemantle says any view “concerning the undoubted ongoing improvement in Africa’s economic performance has to be tempered with the reality that the level of this growth and the nominal size of the continent’s middle class had not until now been adequately measured”. He argues the previous figure of 300 million ‘middle class’ Africans was viewed as a best-estimate that has now been confirmed as to trend if not as to the total aggregate. The report cites the African Development Bank’s (AfDB) influential 2011 study, ‘The Middle of the Pyramid: Dynamics of the Middle Class in Africa’, which by its methodology attached middle class status to individuals earning just USD4 to USD20 a day, and even a “floating class” of individual earning USD2 to USD4 a day, thereby categorising fully one-third of Africa’s people (over 300 million of them) as ‘middle class’. “In fact, such individuals would still be exceptionally vulnerable to various economic shocks, and prone to lose their middle-income status,” explains Freemantle. South Africa’s LSM measure as a methodology is not income-based but rather uses a wider range of analysis. The report covers 11 selected sub-Saharan African countries which combined account for half Africa’s total GDP (75% if excluding South Africa) and half its population. The methodology identified LSM5 and above as middle class and categorises household income into four distinct income bands: low income; lower middle class; middle class and upper middle class. “Standard Bank has attempted to fill the knowledge gap by using comprehensive household income data and adopting our own measure of the middle class using South Africa’s LSMs as a framework in order to provide cross-quantifiable reference points for peer African economies.” The 11 focus economies are: Angola, Ethiopia, Ghana, Kenya, Mozambique, Nigeria, South Sudan, Sudan, Tanzania, Uganda and Zambia. This methodology found there was an undeniable swelling of Africa’s middle class irrespective of which methodology was used. “Looking ahead, an even greater elevation in income growth is anticipated in the next 15 years; between 2014 and 2030, we expect an additional 14 million middle-class households will be added across the 11 focal countries – tripling the current number. Including lower-middle-class households, the overall number swells to over 40 million households by 2030, from around 15 million today,” the report states. Furthermore, while figures for 1990, 2000 and 2014 all contain more lower-middle class than middle class households, by 2030 it is expected that “there will be notably more middle-class households than those in the lower-middle-class bracket (19.2 million versus 22 million)” Freemantle says: “The swifter pace of middle-class growth is critical in its suggestion of a more marked income ascent in the next decade and a half, compared to the period since 2000.”   [caption id="attachment_11226" align="alignright" width="331"] 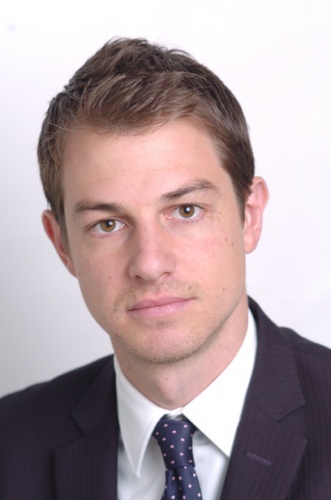 Standard Bank senior political economist Simon Freemantle[/caption] As a caution, the report states: “Though there has been a meaningful individual lift in income, it is clear that a substantial majority of individuals in most countries we looked at still live on or below the poverty line (measured as those with a daily income of USD2 or less).” Income discrepancies are vast among the 11 economies, with almost 86% of the 110 million households in the focal grouping falling within the low-income band. This is expected to fall to around 75% by 2030. “In conclusion, while the scale of Africa’s middle class ascent has, we believe, been somewhat exaggerated in line with the at times breathless ‘Africa Rising’ narrative, there is still plenty of scope for measured optimism regarding the size of the middle class in several key SSA [Sub-Saharan Africa] economies. Reliable and proven data should if anything spur more interest in the continent’s consumer potential by adding depth to what was previously conjecture,” says Freemantle Standard Bank (http://www.standardbank.com), trading as Stanbic Group, is the largest African bank by assets and earnings. Our strategy is to build the leading African-focused financial services organisation using all our competitive advantages to the full. We will focus on delivering superior sustainable shareholder value by serving the needs of our customers through first-class, on-the-ground operations in chosen countries in Africa. We will also connect other selected emerging markets to Africa and to each other, applying our sector expertise, particularly in natural resources, globally. We operate in 20 countries on the African continent, including South Africa. Standard Bank has a 151-year history in South Africa and started building a franchise outside southern Africa in the early 1990s. In recent years, Standard Bank has concluded key acquisitions on the African continent in Kenya and Nigeria. Africa is at our core and we will continue to build first-class on-the-ground banks. The group’s nearly 49 000 employees in all regions deliver a complete range of services across personal and business banking, corporate and investment banking and wealth management.  Standard Bank’s Corporate & Investment Banking division offers its clients banking, trading, investment, risk management and advisory services to connect selected emerging markets to Africa and to each other. It has strong offerings in mining and metals; oil, gas and renewables; power and infrastructure; agribusiness; telecommunications and media; and financial institutions. Normalised headline earnings for 2013 were R17.2 billion (about USD 1.8 billion) and total assets were R1 694 billion (about USD 162 billion). Standard Bank’s market capitalisation at 31 December 2013 was R209.4 billion (about USD20 billion). The group’s largest shareholder is Industrial and Commercial Bank of China (ICBC), the world’s largest bank, with a 20,1% shareholding. In addition, Standard Bank Group and ICBC share a strategic partnership that facilitates trade and deal flow between Africa, China and select emerging markets. *In partnership with APO]]>