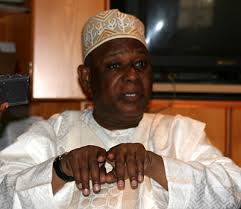 The Minister of Defence, Aliyu Gusau, said on Thursday that Nigeria was ‘under siege’ and called for collective effort in the fight against terrorism and insurgency in the country. Gusau made the call at the graduation dinner/award night for Course 22 Participants of the National Defence College, (NDC), on Wednesday in Abuja. “It is not just government and security services that are in the war, it is our country that is under siege. “It is our war and war can only be won if we keep a united front. While we are concerned about our present, we should also think of our future. “The current challenges in some parts of the country remind us that military might alone is not enough to ensure peace,’’ he said. Mr. Gusau, however, said military power was essential to ensure stability without which it would be impossible to build and sustain peace. The minister said without the support of the people, especially the locals, the unseen enemies in an insurgency would retain the perception that they had the upper hand. He said the armed forces required the total and unequivocal support of generality of Nigerians for their actions to remain legitimate. On training, Mr. Gusau said government was focused on renewed collaboration with the NDC to ensure that senior officers of the military were properly trained to enable them face the challenge of terror. “To you the graduating participants, I have cause to believe that you have all earned the right to be conferred with the qualification of Fellow of Defence College (FDC),’’ he said. Mr. Gusau stressed that innovation and foresight were needed to curb emerging security threats in the 21st century. He expressed satisfaction with the progress made by the college in the areas of training, research and development as well as for retaining its position as the centre of excellence. Awards were given to staff and participants who had distinguished themselves. A total of 139 participants, including 15 foreign participants, would graduate from the college on August 8. *Source dailyindependent]]>