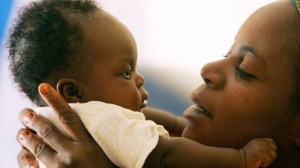 By 2100, almost 1 billion people will live in Nigeria. The future of humanity is increasingly rooted in the continent, a new report shows. POPULATION shifts do not come around very often, but a big one is coming, and Africa will be right in the middle of it, a major new report shows. Unicef’s Generation 2030/Africa Report reveals a massive movement in the world’s population towards Africa, including some startling facts that will have policymakers tearing up long-held economic projections. The UN agency is urging them to take advantage of what it says is a “once-in-a-generation” opportunity to craft child-focused investment strategies. 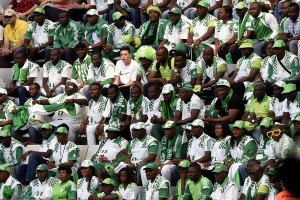 With the current buzz about Africa Rising and concurrent warnings about many being left out, Africa can shape policies that will help it reap from its rapidly-shifting demographic transition, it says. “By investing in children now – in their health, education and protection – Africa could realise the economic benefits experienced previously in other regions and countries that have undergone similar demographic shifts.” Mail & Guardian Africa picked out some astonishing numbers and facts from the rich study about a continent whose population is now five times what it was in 1950: —By 2050, Africa will be home to two in five of the world’s children. The UN admits that its previous projection of one in every three children was underestimated. This change is due to high fertility rates, (Nigerien women—Africa’s most fertile—on average have 7.5 babies against a global average of 2.5) and an increasing number of women of reproductive age. Some 15 African countries will have an average rate of 5 or more children per woman in 2015. —On current trends, almost 2 billion babies will be born in Africa in the next 35 years. In 1950 only 11 million African babies were born. This means the continent will be home to 41% of all the world’s births. In 1950, African women of reproductive age (15-49) numbered 54 million; by next year they will be 280 million, and 407 million in 2030. —By 2050, Africa’s under-18 population will increase by two thirds, reaching almost 1 billion by the middle of the century. In 2067 the continent will overtake Asia—home to China—as that with the most children. —Fertility rates are highest among the poorest communities. A woman in the lowest wealth quintile in the Democratic Republic of the Congo is likely to have 7.4 children, 3.2 more than women in the wealthiest quintile. —Only a third of all African women use contraceptives, compared to nearly two-thirds of women of childbearing age who are in a union. Some 32 African countries have contraceptive prevalence rates of below 40%, the majority of those go on to dip under 20% —BY 2015, one fifth of Africa’s births will take place in Nigeria—translating to 5% of all global births. By 2050 the West African country will account for almost 10% of all births in the world. By 2100 nearly 1 billion people will live in Nigeria. —Africa’s inhabitants will double from the current 1.2 billion to 2.4 billion by 2050 (25% of the global total), and eventually reach 4.2 billion by 2100 (40% of the world total). Interestingly, the continent’s population growth rate will slow in the next 35 years. By comparison, in 1950, only 9 of every 100 people were African. —This has a direct impact on population density—by 2050 there will be 80 persons per square kilometre in Africa, up from 39 in 2015, and only eight in 1950. Burundi, currently the fourth most densely populated, will in 2050 be outright the most densely populated country in Africa, with 2,022 persons per square kilometre. —By the late 2030s, Africa will become a continent with more population living in urban than in rural areas, and by 2050, nearly 60% of the population will live in cities, up from 40% currently. The economic potential is huge: Lagos is currently Africa’s fourth largest economy, after South Africa, Egypt andAlgeria. —The population of African children aged less than five years will reach 271 million in 2050, from 179 million in 2015. Those under 18 will increase from 547 million next year (47%) to nearly 1 billion in the next 35 years. In 15 African countries, more than half the total population are aged under 18. —-Africa also has the highest child dependency ratio in the world—73 children under age 15 per 100 persons of working age by 2015, almost double the global average. As fertility rates fall and working age-population expands this will fall, leading to a major demographic dividend. —However, the continent still accounts for half of all child deaths, and this will rise to 70% by 2050. Currently one in every 11 African children dies before their fifth birthday—14 times greater than in high-income countries. —Life is still shorter in Africa than anywhere else on earth—the continent has an average life expectancy of 58 years, better than under 40 in the 1950s, but still a full 12 years less than the global average. —By 2050, two thirds of Africa’s population will live in either eastern or West Africa. This will be some 800 million inhabitants, from the current 400 million. Only North Africa will see its population level out over the same period. —Africa’s population is much younger than the rest of the world: Today half are aged under 20 years. By 2050 this median age will have risen to 25, but it will still be below the global average of 36 years. —Africa will however eventually begin to age after 2050, with almost 800 million elderly persons living here in 2100, from 64 million today. It will still be the most youthful continent in the world. *Source M&G]]>