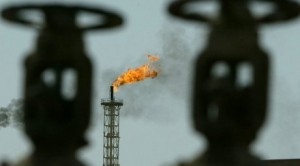 More than $30 billion will be invested initially in Mozambique’s natural gas sector to build capacity to produce 20 million tonnes per year of liquefied natural gas (LNG), with the first exports due to start in 2018, the national oil company said. The investments will be made to develop the northern ports of Pemba and Palma, where a giant logistics base and LNG production plants are planned that will use gas produced from offshore fields in the Rovuma Basin being developed by U.S. oil major Anadarko Petroleum Corp and Italy’s Eni. Mozambique is hoping revenues from its large gas deposits and its fledgling coal mining industry will help it emerge from years of poverty and dependence on foreign donors. “In an initial phase, liquefaction units with a total capacity for 20 million tonnes a year of LNG will be built and operated. The investment to be made tops $30 billion,” Nelson Ocuane, president of the state oil company ENH, said. The initial exports from 2018 will come from a first LNG train of 5 million tonnes a year, with overall capacity for the industry to be ramped up subsequently to 20 million tonnes per year. “Mozambique has good conditions to start exporting in 2018 because all the investment plans indicate that the essential infrastructure will be in place by then,” Ocuane said. Some industry analysts say Mozambique may struggle to meet its target date of 2018 for the start of LNG exports. They say it must develop its LNG potential by the end of this decade as other supplies come on the market from West and East Africa and the global supply/demand scenario shifts, with the United States moving from energy importer to exporter. Enough gas to supply 4 countries for 18 years Around 180 trillion cubic feet of gas has been found in Mozambique’s offshore Rovuma Basin. This would be enough to supply Germany, Britain, France and Italy for 18 years. Italy’s Eni has proposed constructing two floating offshore LNG plants to process gas from its Rovuma Basin area, which would be quicker to complete than an onshore facility. Ocuane said Mozambique’s government was giving technical consideration to the Eni proposal, and would give its answer “in due course”. But he added: “The government prefers the construction of LNG units onshore because this has the potential of creating employment and allowing the possibility of a series of investments in support areas for the gas industry.” Under the new legislation for the sector, foreign operators who win licences to explore for oil and gas must do so in partnership with state oil company ENH. The law also says that 25 percent of all gas and oil produced should go to the domestic market. Mozambique recently set up a public company, Portos de Cabo Delgado, bringing together the state rail operator, CFM, and the national oil company to develop the northern LNG infrastructure. The sub-concession for the Pemba port development has been given to ENHILS (ENH Integrated Logistics Services), a joint venture between ENH subsidiary ENH Logistics, which holds 51 percent, and Orlean Invest, a Nigerian company, with 49 percent. *Source Africa Report/Reuters]]>