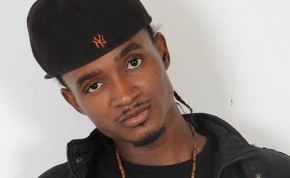 In Liberia’s capital, Ebola has captured the airwaves, and it’s not just news about the often-fatal disease. The hit song Ebola in Town has a danceable beat, while also conveying a serious message about avoiding infection.

The idea for the song was conceived back in May, by three Liberian musicians who thought people weren’t taking the Ebola outbreak seriously enough. People thought it was a government trick to get aid money. The musicians wanted to get people’s attention. It worked. Just a few days after they recorded it, Ebola in Town was a hit all over Monrovia. Musical message Musician Samuel “Shadow” Morgan says he and his fellow artists didn’t want to produce the typical awareness song: slow, mellow and serious. They wanted something people could dance to. “Since everybody wants to dance these days, they will first dance to the beat,” Morgan said. “And the next thing is, they will learn the chorus. From the chorus, you start going into the verses and what the song is actually about.” The last verse, for example, is about how you can get the disease from eating monkeys and other bushmeat: If you like the monkey/ Don’t eat the meat/ If you like the baboon/ I said don’t eat the meat/ If you like the bat-o/ Don’t eat the meat/ Ebola in town. The song is simple, direct and authentic, and, says Jennifer Chu, who works on social marketing for public health campaigns at Ogilvy Public Relations in Washington, it’s rare to find one that is both informative and popular. “It is very catchy. I cannot get it out of my head now,” said Chu. “Somehow, magically it is a really catchy song with a good public health message.” Powerful tool Music like Ebola in Town can be a powerful tool for delivering a health message. “Because you are out there with something that is already catching people’s attention because it is entertainment, half your battle is done,” said Susan Krenn, who directs the Center for Communication Programs at Johns Hopkins Bloomberg School of Public Health in Baltimore. Krenn says the emotional response to a catchy tune helps make delivering the facts easier. She and the center have been doing this kind of work for more than 20 years. Back in the late 1980s, they teamed up with Nigerian singers Onyeka Onwenu and King Sunny Ade for a song about family planning called Wait for Me. “Onyeka actually wrote the lyrics,” Krenn said. “We briefed them on what we were looking for in terms of content, what we were trying to achieve with the program. And they did the music videos and we put them out there, and they were big hits.” The song was not only popular, it also helped make family planning a topic of conversation with the Nigerian public.   http://www.youtube.com/watch?v=l0EBQKdQyyM#t=24   Broader package But, Krenn adds, it was not just the song that did it. “One song alone is not necessarily going to make the difference,” she said. “I would say that the best way to use a song is as part of a broader package.” The package in Nigeria included radio and TV programs, newspaper and magazine articles and more. The U.S. Agency for International Development (USAID) funded it. Krenn’s research showed the more of the campaign people saw, the more likely they were to use some kind of family planning. People who saw the most of the campaign were nearly twice as likely to use contraception as people who saw the least, for example. In Liberia, Ebola in Town is not the only song about the disease you will hear. The Liberian ministry of health put out a song that included these lyrics: Always wash your hands with soap and water/ Always cook your food very well/ Go to the health facility any time you have headache/ Fever, pain, diarrhea, rash, red eyes and vomiting. There’s a lot more information in it, Chu says, but it might not resonate with people the way Ebola in Town has. “One comes off as just, ‘I am practically taking a fact sheet and setting it to music,'” she said. “Whereas the other is, these are the messages people themselves are saying to each other and it comes off as more real.” Not that fact sheets are bad. “I think it is what people remember,” Chu said. “So how you get the information out there can be a catchy song. It can be a TV PSA (public service announcement). It can be a fact sheet. But different delivery methods work for different people. It has to be what people will accept, believe and be willing to act on.” Some health communications experts have said Ebola in Town’s message is a bit too restrictive. The musicians say they are happy to revise it, but after meeting with the Liberian health ministry, they say, no one has called them back. *Source AllAfrica/VOA]]>