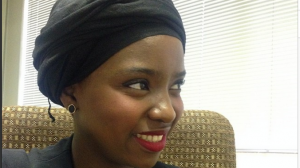 Thuthukile Zuma[/caption] Thuthukile Zuma must prove she was hired because of her potential, but she’s experiencing what many black employees experience in the corporate world. There has been much talk about the appointment of President Jacob Zuma’s daughter, Thuthukile Zuma, to chief of staff in the new telecommunications and postal services ministry, headed by Siyabonga Cwele. Thuthukile is 25. She has the gift of being born a Zuma, meaning that opportunities will open up a lot faster for her than they would for someone who is equally talented. Yet, some opportunities may disappear simply because she is a Zuma and people are terrified of the perceptions of having a Zuma as an employee. It is a double-edged sword. Was the appointment legal? According to a report by the Mail & Guardian, there was nothing illegal about the appointment, and I quote, “ministers have the prerogative to make these appointments without going through the normal processes. Several departments do advertise such posts to ensure they attract the best-qualified candidates”. “Ministers have the prerogative,” which means that ministers can hire whoever they want. So we have ticked the legal box. But legal doesn’t always equate with ethical. This appointment raises several questions; not just about the president and his daughter, but about young people appointed to positions of significant responsibility and about people in government with powerful family connections. Should a young but extremely competent person be overlooked for a powerful position simply because of their youth and lack of experience, even if they show potential? And should someone who is related to a powerful family with political connections not seek government employment? We clearly don’t know if Thuthukile is good at what she does or not. She could well possess prodigious qualities that have helped her ascend through the ranks at such a rapid rate. If that is the case, should her status as a Zuma disqualify her? There is absolutely no doubt that her promotion to chief of staff for the department of telecommunications and postal services seems suspect. Her father is the president and Cwele is regarded as a Zuma loyalist. Cwele should have considered the wisdom of the appointment even if Thuthukile were in fact prodigious. The action of hiring Thuthukile to such a powerful post at such a young age – and without the experience generally held by chiefs of staff – was clearly going to raise a lot of questions and suspicion around a president who is constantly dogged by scandal. The minister failed to protect not only Thuthukile from the resulting media, but also failed to protect the president from more scandal. It’s not just about whether the appointment was legal, but how it would be perceived and how it would make the president, and Cwele himself, look. Some of our ministers have a lot to learn about public perception. The minister comes across as someone who is kissing the president’s arse, even if Thuthukile is prodigious. I doubt that there would have been such a media storm if she was promoted to the post in three years’ time, even if she still lacked the required 10 years’ experience. I don’t think that talented individuals should be overlooked even if they don’t have the required experience. I recently read a thesis in the Harvard Business Review written by Claudio Fernandez-Araoz, a senior adviser at a global executive search firm. “Top recruiters are changing how they work. Or they should be. That’s because the market today for top talent is too tight, and business is too volatile and complex, for the old method of focusing on ‘competencies’ when hiring and developing talent to work. Instead the focus needs to be on potential.” In his thesis, Fernandez-Araoz mentions having recruited a chief executive candidate for a beer company in Latin America who had an impressive resume. The man had all the correct credentials, he went to the right schools, universities, worked for some of the best global companies and had scored above target for all the competencies that were required. Despite this, he was unable to perform and was asked to leave the company. The next candidate was hired as a senior executive who rose rapidly through the ranks and became chief executive despite lacking the experience of the previous candidate. Fernandez-Araoz then argues, “The answer is potential: the ability to adapt to and grow into increasingly complex roles and environments.” He argues that potential is more important than experience. Should we then be using the same hiring practices of the 20th century in the 21st century? Thuthukile may not have the right experience, but she may have the potential to succeed. When I started working in advertising, I was hired by an advertising agency in Cape Town. When I got there, I found a fellow university mate who had completed the full three-year course that I had dropped out of due to financial constraints. I was black (I still am), and this friend was white. One day, she blatantly told me that I was hired because of the colour of my skin, and I clearly shouldn’t be there as I had dropped out. Within a few a years, I had garnered a significant amount of global and local accolades, while she had none. The door might have been opened to me because of the law, but I believe I was hired because I had potential, not because I was black. Thuthukile will have to prove that she was hired because of her potential and not because of her surname. In some respects, I sympathise with her, because what she is experiencing is something many black employees in some organisations experience. I view the circumstances around the promotion of Thuthukile as a gift, and I believe that corporate South Africa should also consider looking at how best to utilise and encourage young potential talent. It is a debate that should permeate all organisations that perpetuate the false idea that there is a lack of talent in South Africa. *Source M&G]]>