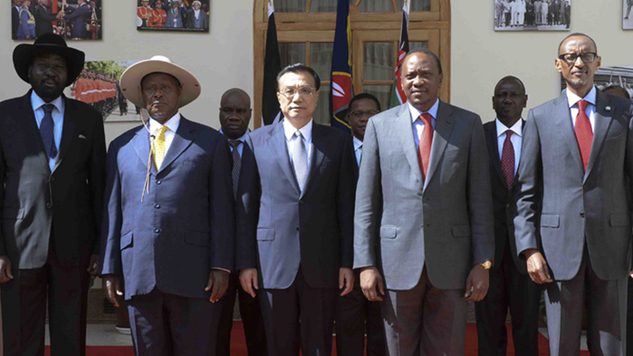 EARLIER this month Kenyan officials let out that 5,000 Chinese workers will make the near-10,000 kilometre journey to Africa to build the first phase of a railway that President Uhuru Kenyatta has staked a huge chunk of his legacy on. The 609 kilometres of track, valued at $3.7 billion, would be the first additions that Kenya has made to its ageing British-built railway network since the 19th century, and when complete would connect the hinterlands of South Sudan, Rwanda and Uganda. Kenyan public reaction online neared uproar. Rights body the Consumer Federation of Kenya (Cofek) is currently running a poll that shows nearly 80% of Kenyans oppose the influx of such a large number of Chinese, even if 30,000 locals would also be employed. The debate has dredged up myth and fact, and to help cut through the fog Mail and Guardian Africalooked at five of the most common depictions of Sino-African relations, and what some of the more authoritative experts on Sino-African relations have to say about these perceptions.