With the largest gathering ever of African leaders in the US, President Obama wants to move away from view of Africa as a defined by war, pestilence, and extremism to one that amplifies economic opportunities and strengthens democracy. 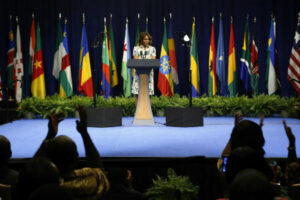