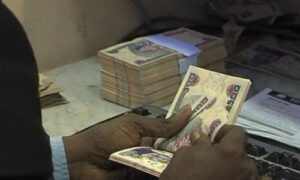 UNTIL Ebola came along and knocked Boko Haram attacks off Nigerian headlines, the country was basking in the glow of overtaking South Africa and becoming the largest economy in Africa after an overdue recounting of its gross domestic product (GDP). The current headlines, however, are temporary. This week I came to Lagos, and I sense that whatever is happening in the country today does not take away Nigeria’s lead over Africa in several areas, nor bury the bits where it performs horribly against the rest of the continent. Here is the good, bad, and ugly about Nigeria you need to know or remind yourself of: 1–Africa’s longest bridge Nigeria’s Third Mainland Bridge, connecting Lagos Island to the mainland, is the  longest in Africa at 11.8 kilometers. It is the longest of the three bridges connecting the island to the mainland, the other two being the Eko and Carter bridges. The bridge has its roots in the era of Nigerian military dictatorship. It was opened by president and general Ibrahim Babangida in 1990. 2– Most mobile phone subscriptions There are 120 million mobile phone subscribers in Nigeria, although many people have two or three subscriptions, to deal with the often bad service. Whatever the case, that puts it  far ahead of any other country on the continent. Egypt is second with nearly 93 million subscriptions. Interestingly, this week the South African mobile phone giant MTN announced that in the six months to June this year, it made more money in Nigeria ($2.5 billion) than back home in South Africa ($1.7 billion). 3– Lead rice importer Nigeria is Africa’s leading importer of rice, and the second in the world after China. According to official figures, Nigeria is currently importing about 2.1 million metric tonnes of rice, against an internal production of 1.1 million metric tonnes. 4– Kings and queens of the bottle Recent reports claim Nigerians are Africa’s leading tipplers, downing 12.28 litres on average every year. Beer makes up just 6% of alcohol consumption, while “other” drinks make up 94% due to the high popularity of home-brewed beverages. One of the most popular is known as “ogororo”, famous for its strong kick. For the record, Uganda weighed in second, with 11.93 litres a year. 5- Leading world, Africa market for Guinness As Africa’s leading drinkers, it is probably not surprising that not too long ago Nigeria  overtook Ireland, then Britain, as the number one market for the Guinness Foreign Extra Stout brand by net sales. Guinness Foreign Extra Stout was first exported to Sierra Leone as far back as 1827, and has since grown to become one of the largest beer brands on the continent, selling 34 bottles a second. Nigeria was home to the first brewery to produce Guinness Foreign Extra Stout outside of the British Isles in 1963 when the Ikeja brewery was built. This beer is now exported to Britain where the reported net sales is well over N500 million ($3.4million) and is partly responsible for the latest accolade for the country as the largest Guinness stout market in the world. 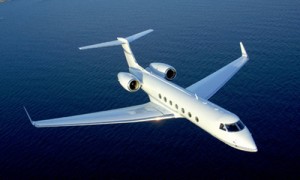 6–Biggest spenders in London’s high streets Nigerians spend the most money of any other Africans shopping in London. Indeed in 2011, for example, the country was the fourth-biggest contributor to overseas tax-free shopping in the U.K., behind only China, Russia and the Middle East, and Nigerians are even ahead of Americans. Spending by Nigerians in U.K. shops rose 32% in 2011; they put down about £450 per individual transaction. At Debenhams’ store on London’s Oxford Street multilingual signs advertising discounts at the store are printed not only in Chinese and Arabic, but also Hausa, one of the main Nigerian languages 7–Beware: Africa’s most deadly roads Nigeria’s roads have been ruled to be the most dangerous in Africa, accounting for the  highest fatalitiesin Africa. A report by the World Health Organisation entitled Road Safety in the WHO African Region: The Facts 2013, says Nigeria has the highest fatalities (33.7 deaths per 100,000 population every year), marginally edging out South Africa (31.9 deaths per 100,000 population every year). According to the survey, more than one in four deaths on the continent occur on Nigeria’s roads, and with six other nations (Democratic Republic of Congo, Ethiopia, Kenya, South Africa, Tanzania and Uganda) are responsible for 64% of all road deaths in Africa. 8–Biggest winner, biggest loser When Nigeria recalculated its GDP, it became the continent’s biggest economy, leaving previous leader South Africa eating dust. But did it really win that race? According to the numbers, Nigerian GDP for 2013 totalled $509.9billion, compared with South Africa’s GDP of $370.3billion. However, some economists point out that Nigeria’s economic output is underperforming because at 170 million people, its population is three times larger than South Africa’s. On a per-capita basis, South Africa’s GDP numbers are three times larger than Nigeria’s. Even from its perch at the top, Nigeria is the behemoth that has least realised its potential 9–Leads in under-reported killer, cancer According to the World Health Organisation (WHO), about 10,000 cancer deaths are recorded annually in Nigeria along with 250,000 new cases —the  highest on the continent. It also noted that only 17% of African countries are said to have sufficiently funded cancer control programmes. 10 – Worst pace to be a new-born child? A leading Nigerian paediatrician recently  noted that with a record of daily death of 700 new born babies,  Nigeria had the highest infant mortality rate in Africa and second highest in the world after India. He noted that 90% of deaths were preventable. 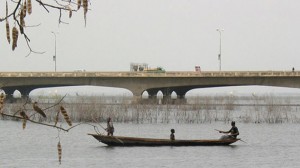 11–Private jet club Nigerians tops list of private jet owners in Africa. In a country where the average Nigerian lives on less than $1 a day,  a super rich class has lifted the number of private jets from 50 in 2008 to 200 in 2012. In the last two years, it is estimated that a dozen or so more private jets could have been added to the stock. In all, the Nigerians have spent $6.5billion on private jets. 12–Home to Africa’s richest and poorest Nigeria, according to the World Bank,  ranks third in the world – and top in Africa – with 7% of the world’s poor. India ranked number one, with 33% of the world poor. China is ranked second with 13%. Bangladesh is fourth with six per cent share of the world’s poor while the Democratic Republic of Congo (DRC) is at position five with 5% of the world’s poor population. World Bank chief Jim Yong Kim says these five countries are home to 760 million of the world’s poor, adding that another five countries, Indonesia, Pakistan, Tanzania, Ethiopia and Kenya would encompass almost 80% of the extreme poor. 13–Nollywood intrigue doesn’t get better Nollywood, the Nigerian movie industry, is the second largest producer of films in the world, after India’s Bollywood. It has relegated America’s Hollywood to third, though of course it has to be noted that most Nollywood films are of extremely mixed quality. In 2006, when the last comprehensive data was collected by Unesco, Bollywood released 1,091 major feature films, Nollywood 872, and their namesake, America’s Hollywood, trailed with 485. If you include the smaller, lower budget films Nigeria’s rises to more than 2,500 movies per year. Motion pictures, sound recording and music production are collectively now worth billions of pounds, and constitute 1.4% of  Nigeria’s  $509.9bn GDP. 14–Longest unbroken stretch of cabro Beside South Africa, most African countries experimented much with cement roads, the most durable roads they could build. Nigeria has done better. Most of the dozens of kilometres of streets in its affluent Victoria Island of Lagos is paved with cabro blocks! They are easily the longest unbroken stretch of cabro in Africa, if not in the world. 15–Corrupt land where God rewards his servants well Based on the amount squandered of an income of $81 billion per year, Nigeria is the most corrupt nation in the world. We throw in this following fact as a contrast, and a bonus: Nigeria has  five of the 10 richest pastors in the entire world, with net worths ranging between $10-150 million, according to Forbes.]]>