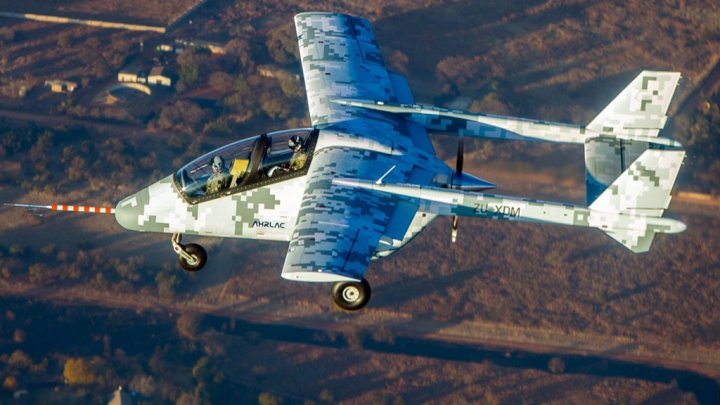 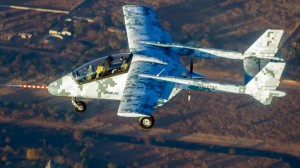 On Wednesday, August, 13, as the AHRLAC descended from the Pretoria skies and taxied to a halt outside a hangar at the Wonderboom airport north of the South African capital, engineers and officials beamed and high-fived each other. The first military aircraft to be fully developed in Africa had completed its first public test flight after three years and 315,000 hours of work on its design and construction. The new, multi-purpose military aircraft was designed and built by two South African companies – Aerosud in partnership with the Paramount Group. Initially conceived as a design study into the viability of producing a low-cost manned alternative to UAVs (Unmanned Aerial Vehicles), the project developed into an initiative to produce an affordable intelligence, surveillance, and reconnaissance (ISR) light-strike platform targeted at developing nations as well as countries with sophisticated defence capabilities. This time for Africa For the manufacturers of the AHLRAC, Wednesday’s successful public test flight marked a milestone in the long-cherished goal of having “African solutions to African problems” – a slogan frequently cited at international summits. “The emergence of Africa as an increasingly important global economic power brings with it the expectation on the world stage that Africa must itself play a greater role in avoiding and controlling the perpetuation of violence and conflict on the continent. The solution is to build African capabilities to solve these African challenges,” said Ivor Ichikowitz, Paramount’s executive chairman, in a statement on the company website. The aircraft was designed and built by a team of more than 60 engineers and technicians. Of the 6,000 parts in the aircraft, 98% were designed using sophisticated software and produced locally by the engineering team. “Every single part of the aircraft was pre-designed on a computer which allowed it to have a jigless construction,” said AHRLAC Holdings CEO Paul Potgieter in a company statement. “This means that every part fits together, much like a Meccano set, which saves vast amounts of money and time – especially when exporting globally.” Competition in the attack helicopter market In an interview with the British defence weekly, IHS Jane’s, during the Farnborough Airshow last month, Ichikowitz noted that a number of developing nations in Africa and South America, as well as more developed countries in the Middle East and Europe, had expressed interest in the new aircraft. He declined, however, to name the countries. “While we originally targeted the developing world, the recent economic crisis meant that many developed nations began thinking along the same lines and we are starting to receive a great deal of interest from the developed world,” said Ichikowitz. Designed for multiple roles, the AHRLAC can be used for anti-poaching missions, border patrols, anti-trafficking, anti-piracy, anti-insurgent, as well as anti-terror operations. The proposed weapons fit include a slightly off centreline nose-mounted 20 mm cannon and the six underwing hardpoints can accommodate a variety of ‘dumb’ and precision-guided munitions, according to IHS Jane’s. The company sees the new twin-seat aircraft as a competition not in the light attack turboprops, but in the attack helicopter market. “If anyone needs to be concerned about the AHRLAC, it is the [attack] helicopter manufacturers,” said Ichikowitz in an interview with IHS Jane’s. “We see this aircraft cannibalising the [attack] helicopter market, in that it has a very good short take-off and landing [STOL] capability and can operate from unprepared airstrips, but at a fraction of the cost of a helicopter.” For now its exact production date is being kept secret, although the first plane is expected to roll off the manufacturing floor within two years, according to South African media reports. Pricing and availability of the AHRLAC has yet to be revealed. *Source france24]]>