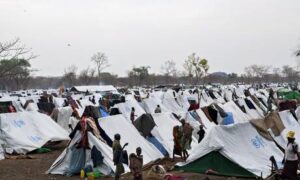 A refugee camp in Ethiopia’s Gambella region Zacharias Abubeker/AFP/Getty Image[/caption] The United Nations High Commissioner for Refugees (UNHCR) made reports August 20 that Ethiopia now hosts the largest figure of refugees in Africa, surpassing neighbor Kenya. This in turn has raised concerns with the UNHCR, due to the fact that Ethiopia’s “capacity to help displaced people may be overstretched”. The large inflow of refugees to the country is a result of the violent conflict currently plaguing South Sudan since December of last year, following President Salva Kiir accusation of his former vice-president, Riek Machar, of plotting a coup. According to UNHCR, roughly 630,000 refugees populated Ethiopia by end of July, with 188,000 of them from South Sudan, since the start of the recent civil unrest in Eastern Africa. Separately from South Sudan, there is a large increase in number of refugees coming from Eritrea (closely 100,000), as people flee from the autocratic government, and Somalia (approximately 245,000). Kenya on the other hand, is accommodating nearly 575,000 registered refugees overall. UNHCR’s Spokeswoman for East Africa, Kitty McKinsey, feels that the nearness of the countries has a correlation to the number of people escaping to the refugee camps. “Generally, when a person’s life is in danger, they flee to the closest safe country,” McKinsey said. “Most of these people walked to get to Ethiopia.” Kisut Gebreegziabher, Public Information Officer at UNHCR’s Ethiopia office, feels Ethiopia will suffer major consequences as a result of trying to be a ‘good Samaritan’. “Resources have always been scarce but the continuing influx of refugees from South Sudan in particular is putting further strain [on our operations],” Kisut said. There is an estimated 25,000 new refugee arrivals each month, which in turn, UNHCR said have put a strain on East Africa’s refugee infrastructure. UNHCR also stated, “Up to 1 million South Sudanese could be displaced in neighbouring countries by the end of this year,” with 300,000 South Sudanese fleeing to Ethiopia alone if the current conflict lingers. Adrian Edwards, a Spokesman at UNHCR, said that the Ethiopian government has collaborated with agencies in providing protection and humanitarian aid at five transit sites across Ethiopia and 23 refugee camps. Edwards added that though three camps opened at the start of this year, they’ve already reached their limit and as a result, they were adding two new ones. Though the refugees have been openly accommodated in Ethiopia, conditions have “complicated the situation” for 18,000 of them currently living in three temporary sites in western Gambella, Edwards said. Severe flooding has occurred in some of the camps as a result of the drenching rain, which is expected to last until October, which is causing health concerns. “In recent weeks, heavy rain has flooded three of the low-lying sites in this areas as well as Leitchuor Camp, where the situation is most serious,” Edwards said. “Some 10,000 refugees, about one-fifth of Leitchuor’s population of 47,500 ,have been hit by flooding. Many tents and shelters are under water and latrines have collapsed. Edwards also stated the effects the heavy rain has had on the refugees in terms of health, especially since 12 of them have died from Hepatitis E as of April. “Much of the refugee population arriving in neighboring countries has been children throughout this crisis. They have particular vulnerabilities,” he said.  “We have stepped up measures to contain Hepatitis E among South Sudanese refugees in Ethiopia. The disease has spread across South Sudan over the last two years and it has now appeared in the border camps in Ethiopia.” A spokeswoman from Médecins sans Frontières (MSF) shared an effort the organization has been making. 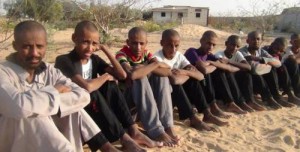 “Because of the cholera epidemics in South Sudan, MSF is planning a vaccination campaign in the Gambela area for a target population of 187,000, to include both refugees and the host community,” she said. The UNHCR has been working with the Ethiopian government, the World Health Organization (WHO), and other partners to try to combat the diseases, starting with sanitation improvements. * Source Sahara Reports]]>