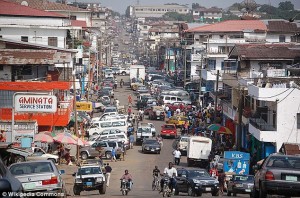 After two months, I left Liberia and my Liberian host-family shortly before what has now officially been termed Ebola Outbreak #2, full of worries what was yet to come. When ebola first entered Liberia in March, I was bewildered at the initial response of the Government of Liberia (GoL) and the inaction of the International community, so much that the later rapid escalation of Outbreak #2did not come as a surprise. To me, the ebola outbreak has become a marker of the fragility of the Liberian state and the biased mentality of International decision-makers and media. While ebola will lead to many far-reaching consequences that one can only speculate about at this point, one thing is for sure, the historically deeply-entrenched Liberian distrust in public authorities will only be worsened by this. Government’s Initial Response When ebola first entered Liberia in the end March, the GoL decided to leave its people in the dark about the unfolding events which firstly, lead to the publishing of rumours in Liberia’s news media and secondly, did not improve already-strained public relations to Government agencies. On the 25th of March, newspapers proclaimed that ebola had entered Liberia and a day laterMonrovia. However, the following day the Minister of Information, Culture, and Tourism, Lewis Brown declared ebola did not exist at all in Liberia as the cases in Foya had only been Guineans who had crossed the border to seek help in Liberian health facilities. By the time the GoL decided to take action in early April, it was already too late, and people no longer knew what to believe in. Undeniably, the GoL’s delayed response was partly due to a severe lack of finances, logistics, and health equipment (e.g., Personal Protective Equipment, chlorine for disinfection, etc.). This inability to respond and inform the population was made clear to me when one of my friends working in the GoL told met that the GoL’s major radio station had been down for the first 2 weeks of the ebola outbreak as they had run out of funds for generator fuel. And when this forced the GoL to go to the International community for financial assistance, this only confirmed the fear of many Liberians: ebola was simply a fabrication by government officials to ensure that their own pockets continued to be filled with money. Yet, the GoL’s delayed reaction was not only due to a lack of resources but also a seeming lack of interest. The debate about whether to declare a state of emergency and close the borders was already up and running in the Senate in late-March, yet a US$10.3 million extension of the National Election’s Commission’s (NEC) budget was passed within a day. An understandable move seeing that the October 2014 Senatorial Elections would have had to be suspended without the necessary funding available which would inevitably have forced the current Government out of power. As one of my informants said quite fittingly in April, “You know what they are citing? “Onions and pepper coming from there [i.e., Guinea] so we cannot close it [i.e., the border]!” You telling me onion and pepper are better then the lives of my people??” The International Community’s Initial Response 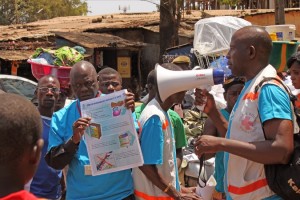