WASHINGTON — When John F. Kennedy came to the University of Michigan to campaign for president in the fall of 1960, Africa was plagued with trade and governance challenges far more daunting than those it faces today. The young senator recognized that African nations — like other countries emerging from colonialism — were preoccupied with developing basic literacy and manpower. And so he urged students to go abroad and help them. The spirited response resulted in one of America’s greatest gifts to the world: the Peace Corps.

Next week, President Obama is convening a U.S.-Africa Leaders Summit in Washington; the stated objective is “Investing in the Next Generation.” But the summit’s focus on private sector deals won’t necessarily further that goal. There is a way to make a lasting and low-cost investment in Africa’s next generation: Mr. Obama must bring education — and science and technology in particular — to the forefront of the debate about African development.

Africa is experiencing an economic upswing, but its growth is predominantly based on extracting natural resources rather than increasing industrial productivity. African economies are still dominated by low-level processing of natural resources and the production of simple consumer goods for local consumption. Most of these nations are far from making any internationally significant technological breakthroughs.

What ultimately distinguishes — and continues to handicap — Africa is its lack of mastery of modern science and technology. Without advanced competency in these areas, nations cannot harness the full power of scientific research and technological tools to solve the many health, energy and development challenges confronting them.

Scientific and technological advancement will help eradicate poverty and promote homegrown economic development by providing Africa with the tools to address its own challenges and expand its industrial productivity. And promoting such advancement is a much more lasting investment that offers surer and higher returns than continuously funneling aid dollars for short-term fixes.

A growing number of African leaders and organizations have realized the value of Science, Technology, Engineering and Mathematics (STEM) education in developing industrial capacity and a trained workforce in fields like health and energy. Corporate-funded research centers in Africa already exist, but achieving major breakthroughs will require international partnerships between government, business and academia.

At home, the Obama administration has consistently made STEM education a core policy and budgetary priority.

America should now embrace a science-led agenda in Africa by partnering American institutions of higher education, scientific research centers and technological entrepreneurs with African countries to help them bolster economic growth and reduce dependency on foreign aid. Greater cooperation in these areas will increase trade and drive the expansion of African market opportunities for the United States. 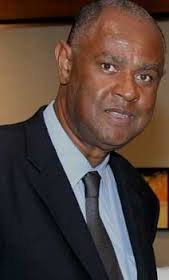 Science and technology cooperation has long been part of America’s policy toward China, India, Pakistan and Israel. Since 1959, beneficiaries of American-Israeli scientific cooperation have won 43 Nobel prizes. The United States currently has over 50 scientific agreements and partnerships with foreign governments, but none with any African country. This must change.

Next week’s summit and future American policy toward Africa must address the scientific and technological capabilities needed to transform African economies, establish new forms of exchange and cooperation and reallocate resources to finance this.

The money is already there.

There are a variety of ongoing programs that could serve as a foundation: The United States Agency for International Development’s Higher Education project, the National Academies’ African Science Academy Development Initiative project, the President’s Emergency Plan for AIDS Relief and Power Africa. PEPFAR and Power Africa, for example, both seek to solve problems — the AIDS crisis and energy shortages — that require advanced scientific and technological competency. However, these programs are currently implemented through development aid instruments. Because they are donor-initiated projects, they don’t reflect African nations’ own shifting priorities toward improving their indigenous science and technology capabilities.

Instead of continuing to focus on delivery of developed products — like manufactured drugs and solar-energy panels — to passive consumers, a reallocation of a small percentage of the more than $30 billion in government funds slated for these two programs between 2014 and 2018 could establish a new $1 billion regional fund for joint research activities that would strengthen existing institutions and help establish new ones to train the next generation of Africans in science and engineering disciplines so that they can take ownership of solving their own problems.

America should also initiate a program to recruit and train 100,000 African graduate students in STEM fields at American institutions over the next 10 years while making it easier for American scientists to teach and conduct research in Africa. American scientists would become better educated about Africa’s development challenges and the influx of visitors doing cutting-edge research would improve the standard of African teaching and research.

Fifty-four years after J.F.K. asked Michigan students “How many of you who are going to be doctors are willing to spend your days in Ghana?” another young and inspiring American president must ask the same of America’s higher education establishment and scientific community so that African nations can continue on the road to fulfilling their true potential.

* Source NY Times .Nkem Khumbah is a lecturer and coordinator of the STEM-Africa Initiative at the University of Michigan. Melvin P. Foote is the founder and president of the Constituency for Africa, a Washington-based education and advocacy organization.