LEE MWITI* Aviation costs and bribe-happy authorities are a real deal killer, but some countries such as Rwanda and Cape Verde are playing to their strengths. 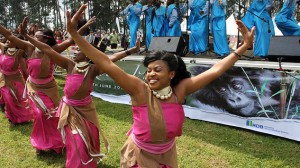 GLOBAL tourism is a $3 billion a day business and accounts for close to 9% of the world’s jobs (263 million), yet Africa’s share of industry receipts remains on the periphery – at only 5.2%. When North Africa is taken out of the equation, this drops to 3.3% for the rest of the continent, according to World Tourism Organisation (UNWTO) data. This is despite the industry showing resilience to major shocks such as the global economic crisis, and having potential to transform sub-Saharan Africa economic fortunes. The region is the second-fastest growing destination after Asia Pacific, and could count up to 3.8 million direct and indirect jobs by 2020, according to the World Travel and Tourism Council (WTTC). In 2010, some 935 million tourists spent $339 billion directly in emerging economies, with total global export income from tourism valued at over $1 trillion, and total impact on global Gross Domestic Product (GDP) an estimated $6.3 trillion. Yet surprisingly many African governments do not think too much of tourism, despite having a raft of success stories from Mozambique to Cape Verde to convince them of the goldmine they are sitting on. An authoritative World Bank report  – the most definitive yet about tourism in Africa – outlines the economic and social benefits the region can expect to glean by concentrating on tourism, and presents some success stories of how countries have become big players despite small beginnings The report, written mainly for scholarly types and policy makers, also throws up some startling numbers pulled from various good sources. We thumbed through it and picked 20 of the lower-hanging industry tid bits to highlight here: 1: In 2011 tourism and travel directly generated 2.7% of sub-Saharan Africa’s GDP and directly and indirectly accounted for more than 1 in 20 jobs—12.8 million according to WTTC data. Direct tourism receipts are estimated at $33.5 billion—the amount the US plans to invest in Africa. 2: In 2010, the region attracted 30.7 million visitors, an increase from only 6.4 million in 1990. During the 2008-2009 global crisis years, arrivals in sub-Saharan Africa actually increased 4.4%, as worldwide numbers fell 3.8%. This was the only region where tourism actually grew during that crisis. The UNWTO predicts the region will receive 77 million arrivals by 2020; with 50 million of these being intra-regional visitors. 3: In Egypt, before the Arab Spring upheaval, visitor arrivals from 1990 to 2005 grew from 2.9 million to 8.6 million, and by 2010 were just short of 15 million, with their expenditure estimated at $12.5 billion. In 1970 Egypt drew fewer than 400,000 tourists and set about revamping its policies including on crucial areas such as land, leading to the surge. 4: International tourist arrivals grew 284% between 2005 and 2010 in Mozambique, with the post-conflict country now projecting 4 million tourists a year by 2025. This has been due to legislative reform, development of a strategic plan and elimination of visas for sub-regional visitors. (Read: You are an African and want to travel in Africa? Try later) 5: Receipts from Cape Verde touched $432 million in 2008—15% of its GDP and 21% of its workforce. This was due to market-oriented policies, political and banking reforms such as pegging the local escudo currency to the euro, and investment incentives, with the result it now has world-class infrastructure facilities. Another island, Zanzibar, predicts that 50% of its population will be involved in tourism by 2020. 6: More than 10 million people travel internationally within sub-Saharan Africa, for leisure to medical and business reasons. South Africa continues to be the most popular destination, and contrary to perception, is quite receptive to visitors from its north. (Read: Despite what others say, South Africans actually love Africans) 7: Tourism is a job-intensive industry, the report notes, quoting a study by the Natural Resources Consultative Forum that found a $250,000 investment in Zambia generates 182 full-time formal jobs—nearly 40% more than the same investment in agriculture, and 50% more than in mining. 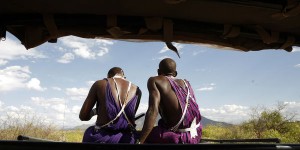 8: Despite the need to develop tourism, Africa can also be guilty of overregulation. In Namibia more than 50 permits and certificates are required for lodging owners who want to register or renew registration. In South African compliance costs in 2007 were three times higher than those in other sectors, while high taxation remains a real concern for the industry as governments perceive it as a cash-cow. 9: Tours and Safaris to sub-Saharan Africa cost 25-25% more than trips to other parts of the world, another cited study notes, and flights, including charters, to the region are nearly 50% more expensive. Reasons for this include a lack of competition in the aviation industry (despite having 15% of world population, sub-Saharan Africa has only 4% of the world’s scheduled air service seats), the need for imported goods and services, and high import duties. 10: The region’s competitiveness is also affected by the high cost of developing hotels and debt financing: In much of the world the median cost of developing hotels for a full-service hotel are $200,000, a widely-cited report showed.  In Nigeria for a mid-market hotel you would cough up above $400,000, and $250,000 in Ghana. 11. Low education levels also are a big challenge: Ethiopia can only accommodate 32 students in its catering institute from 300 applications, despite a blossoming hospitality industry. Local value share in many countries is also a problem: most hotel furniture in Tanzania is imported from China. In contrast the Dominican Republic, a global star performer, produces more than 90% of its tourism supplies locally. 12: Rwanda’s great leaps in ease of doing business reforms receive global recognition, but few would know that the desire to increase gorilla tourism and conservation has played a  big role in this, also helping rehabiliate its image. In 2013 the country banked $294 million in tourism receipts, from $62 million dollars in 2000. 13: Globally, tourism is one of the few economic activities where women outnumber men in certain positions, and are paid the same. A 2010 UN  study found that 31% of employers in the hotel and restaurant sector were women, compared to other sectors, providing an outlet for many women who would otherwise be disadvantaged or  out of work. 14: According to the 2013 Travel and Tourism Competitiveness Index, Burundi, Sierra Leone, Guinea, Lesotho and Mauritania are in the bottom seven least competitive tour destinations, while Seychelles is the only African country in the top 50. Burundi is awakening to the potential, it has increased hotel bed capacities from under 800 three years ago, to 2,000 today, and attracted the heavy hitters such as the Hilton. 15: Tourism ministries in Africa are often underfunded, leading to donors stepping in. Their efforts can be game-changing. In Tunisia, the government identified several sites for tourism development and invited donors to help. An “anchor development” site was identified and given initial stimulus, leading to the growth of the entire destination. The country now attracts up to seven million tourists annually and accounts for 7.5% of GDP. 16:  Eastern and southern Africa attract more tourists and revenues than West and Central Africa, with Zimbabwe, South Africa, Kenya, Mozambique, Nigeria and Ghana the visitor magnets in sub-Saharan Africa. Europe and the US remain the primary source markets for all these countries, despite their best  “Look East” efforts. 17: Average regional figures do not highlight the entire picture of dependence on tourism: the industry accounts for 44% of Seychelles’ GDP and 16% in Mauritius. Both islands are sub-Saharan Africa’s most competitive destinations. East Africa (5%) and southern Africa (3.4%) benefit most, while West Africa and Central Africa lag at 2% and 1.7% respectively. 18: FDI in Africa remains poorly understood and in some countries controversial, with a prevailing argument being that the poor are often disadvantaged. Yet in Tanzania a UN survey found that export earnings from tourism exceed those of gold or agriculture. South Africa utterly dominates tourism FDI with $6.1 billion in 2011. Ghana ($270 million), Kenya ($404 million) and Uganda ($165 million) also received significant FDI in that base year. 19: UN data aggregating 40 of 47 sub-Saharan Africa countries suggests there are 390,000 hotel rooms, but only 10% of these meet international standards. Half of these are in South Africa. Twenty three international hotel chains operate in Africa, the biggest being Accor, Hilton, Intercontinental and Starwood. There are also nine regional brands, with Laico, Protea and Serena the largest. 20: Bribes and corruption can dramatically reverse tourism gains—in the DR Congo spontaneous “fees” can increase aircraft landing fees from $1,000 to more than $12,000 for some flights. The Central African Republic’s “development fee” pre-civil war also doubled the cost—a common way of raising funds by fragile countries, 20 of which are listed on Africa lists. But even mature markets struggle with the problem—up to 75% of Kenyan businesses have reported having to make “informal payments” to get things done. *Source M&G]]>