If you are an Africa-hand (government or non-governmental) activist or development partner focused on Africa  you are either directly or indirectly involved with the upcoming Washington, D.C. August 4-6, 2014, US-Africa Leaders’ Summit. Fundamentally, the event is incredibly historic as it will be the first time that a sitting U.S. President has invited all the Heads of States and Governments of the Africa Region to a single event, with the exceptions of (Zimbabwe, Central Africa Republic, Eritrea, and Western Sahara), to discuss key Continent issues and the macro U.S.-Africa relationship. The four overarching themes for the Summit are: Investing in Africa’s Future; Peace and Regional Stability, and Governing for the Next Generation.

There is some griping, of course, about some aspects of the Summit, but overall the event is a step in the right direction for the United States, even if some parts of the program rankles both Africa-hands and activists on both sides of the Atlantic and bothers many African Leaders. They are all pondering the single most asked question: Why are there no individual heads-of-state meetings with the 50 Leaders attending? China, France, Japan, India all have gotten this right — holding one-on-one meetings even if they last a few minutes. So the U.S. approach to not doing this does bother many. But this article is not arguing for individual meetings.

However, here is a new thought or one possibly considered but dismissed: How could having five sub-regional meetings –  short presidential sessions with Leaders of West, Central, East, South, and North Africa  – be too much for us to do? This would not require an excessive amount of time (which seems to be the concern regarding one-on-one meetings). But, considering the cost, distance, respect-balance ratios at stake as these Leaders travels to the US with probably no less than 10 of their senior government officials, we should be able to manage 5 meetings. Moreover, the U.S. solid policy direction to encourage more regional integration and cooperation on the very issues the Summit will be discussing (peace and security; governance, investment, and Young Africa Leaders Initiative, aka YALI) would all be further advanced by having regional discussions with the President of the United States.

Some factoids that might help put the misstep on this point into perspective. Not only could not holding at lest sub-regional be strategically wrong for the U.S. to do, but unfortunately further plays into the notion by some that the U.S. view of Africa is not on par with China, India, and newcomer Brazil  et al. are: Africa’s population is reportedly 1.5 billion, and is on course to reach a population of 2.4 billion people by 2050; and, the average growth rate  of 2.45% is expected to remain constant over the next decades.  This scenario will move Africa from the third most populated region to the largest; with most people remaining below the poverty level unless we all do some additional corrective things right now.

Arguing that demographics and population are strategic issues for the U.S. as it looks forward in the 21st Century for new allies, partners on policy, business, or counter terrorism – Africa is key to the United States. It  large current and future demographics makes it more so. The Summit themes are great, the U.S. interest is historic, but we may need to show something else based more on Africa’s perception (not ours) of appropriateness – thus, the suggestion being made here is to consider or re-consider the sub-regional meeting approach. This could further concretize, and synergize our positive rhetoric about raising the US-Africa relationship in an unprecedented manner. We talk about stemming views that the U.S. is not as serious about Africa as China, India, and others, but the Summit is an opportunity to really do this. Hence calling the Summit historic should not be hyperbole!

However successfully the Summit planning is, the fact that there are no heads of state meetings, even at the sub-region level might be what is remembered most, and that would be a shame. The Summit themes are on target, and various events such as the recent FEEEDS-Gallup-Allafrica  Africa Forum, the first to launch, and the numerous July 31-August 5, 2014 unofficial and official events will all address related sub-elements to the main topics of the Leaders.

Interactive dialogue, engagement, and partnership are reportedly the Summit’s goals. Again, all good! Although am cheering for and confident that the Summit in so many ways will be a success, this one issue many of us cannot understand even if the sessions are tied to a single theme. For example, a West or Central Africa session could focus on peace and security, given the challenges in Mali, Northern Nigeria, Niger, and Central African Republic and terrorism threats to U.S. national interest as a result. In East Africa the topic could be the great efforts of U.S. EXIM Bank, Commerce, USAID, and USTDA’s and African Leaders to see what more can be done to bring energy to the 550 million Africans without it.

The last three U.S. Administrations – politics aside – have done a tremendous job of both changing the US-Africa post-Cold War paradigm — creating out of the box, or next to the box signature initiatives from AGOA-to-PEPFAR-to-MCC-to-FEED the Future-to-YALI.  All in which FEEEDS-CEO, during diplomatic and non-diplomatic years, has had an opportunity to be involved.

In sum, as an American and long-time Africa hand, FEEEDS-CEO is proud of all these things, and proud that the U.S. will have this Summit –hopefully the first of many. Interestingly enough, a Summit-like vision was originally called for in the 2000 Africa Growth an Opportunity Act Legislation; it has taken us 10 years to make it happen.  Indeed, it will be important for this first one to be remembered in a good light. Even if the Summit is a success on all fronts, it might be footnoted everywhere that we couldn’t find time to hold, at a minimum, 5 sub-regional meetings. It is not like we haven’t done this before. If one recalls, and I do as I was there and attended one, the 2010 Nuclear Security Summit  had about the same number of world leaders, 49, and according to various official U.S. scheduling reports, there were at least 9-10 bilateral meetings — anyway, more than 5.

In the end, I am voting for this historic Summit to be remembered for all the things we did right, not for the one thing we didn’t do right.  Let’s reconsider and at least put sub-regional meetings on the agenda. 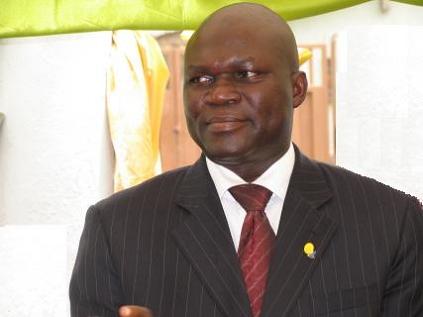 Cameroon: BONAVADA Football for Health to be launched August 16