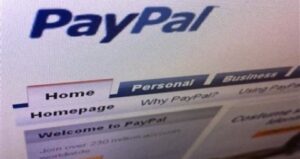 PayPal has signed up “tens of thousand” of Nigerians in its first week of operating in Africa’s biggest economy, with consumers already purchasing items from Britain, China and the United States via its online platform. E-commerce remains in its infancy in most of Africa but is growing exponentially with the advent of online retailers such as Jumia, partly owned by South African phone operator MTN, and a growing middle class with money to spend. Citizens of Africa’s most populous nation could not buy goods directly from foreign merchants before the launch by PayPal, the payments unit of online auctioneer eBay Inc. “We have seen great uptake by Nigerians … in terms of coverage,” Malvina Goldfeld, PayPal’s head of business development for sub-Saharan Africa, said in Lagos on Tuesday. PayPal entered Nigeria and 10 other nations last month, providing online payment alternatives for consumers via mobile phones or PCs in markets often blighted by financial fraud. The new markets bring the number of countries PayPal serves to 203. Goldfeld said that Paypal secured a few deals with electronics suppliers in China and Dubai ahead of its launch and that it had partnered with Nigerian lender First Bank, which has more than 10.5 million customers. Electronics, fashion and security PayPal launched its platform in South Africa four years ago, Kenya last year and now Nigeria, Goldfeld said, giving the company access to shoppers across 40 sub-saharan African countries. Goldfeld said the biggest interest has been in products from the United States, Britain and China, adding: “People are buying everything … (but) there’s definitely a concentration in electronics and fashion.” Online retailer Jumia told Reuters in April it had 100,000 Nigerian customer accounts and sales were increasing by 15 percent a month. However, worries over internet security and online fraud have held back e-commerce growth in Nigeria, where 63 million people have active internet data subscriptions but only 1 percent of them make online transactions, First Bank said. The bank also noted that online purchases are expected to reach $1 billion this year. Though challenges remain – including abysmal infrastructure, port delays, other supply chain woes and the task of persuading shoppers to trust websites with their bank details – Goldfeld says PayPal’s reach will help to speed improvements. “A lot of the merchants that we work with … already ship to Nigeria. I think that the growth of e-commerce will push the logistics customers to up their game,” she said. *Source Reuters/theafricareport]]>