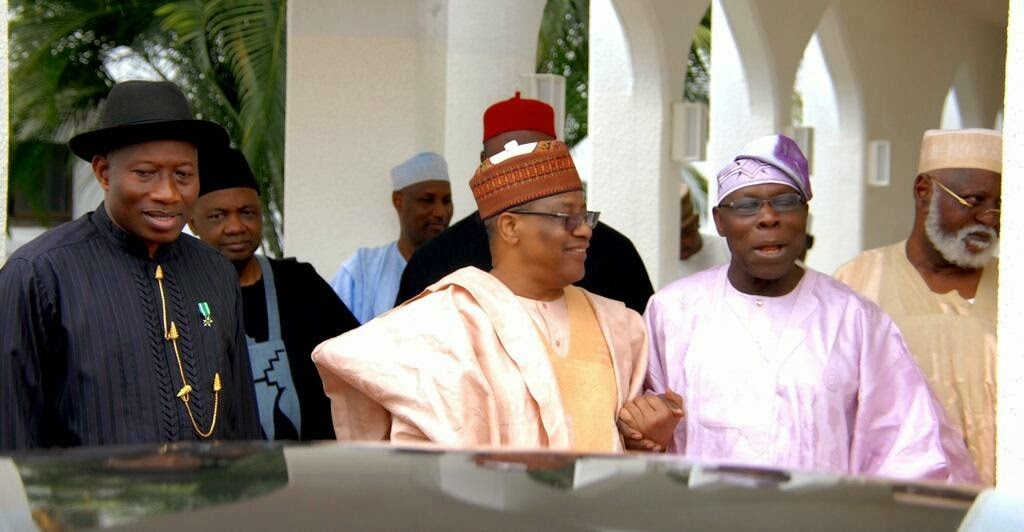 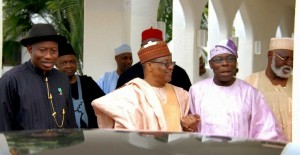 President Goodluck Jonathan and former Presidents Babaginda,Obasanjo and Abubarkar at recent Council of State meeting .[/caption] It is perhaps fitting that President Obama has called for a meeting with African leaders in Washington DC on the eve of a touchy presidential election in Nigeria in 2015. It is an election that many have said could make or mar Nigeria. Of course, the outcome does have implications for both the sub-region and the larger global interest on the continent. The press statement announcing the Washington DC summit said it aims “to further strengthen ties with one of the world’s most dynamic and fastest-growing regions…build on the progress made since the President’s trip to Africa last summer, advance the Administration’s focus on trade and investment in Africa, and highlight America’s commitment to Africa’s security, its democratic development, and its people.”

These are very broad objectives and the fulfillment, no doubt, will depend a lot on what happens in Nigeria. Nigeria is home to about a quarter of Africa’s population and has the largest economy, at least on paper. But it is also a deeply troubled country. Understandably, for the US, there is more than a passing interest in Nigeria’s 2015 election. A few years ago, its National Intelligence Council (NIC) predicted that Nigeria may be a failed state from 2015. Are we closer to that prediction as Nigeria prepares for its next presidential election on February 9, 2015? The answer seems to be yes! 2015, for obvious reasons, will be a defining year for Nigeria with different groups in the country laying claim to the presidency, a crisis-laden ruling party, the People’s Democratic Party (PDP), a presidency that is buffeted by an intractable insurgency, an opposition that is seen as no different from the ruling party and citizens that have all but lost hope about the ability of the state to protect lives and property. Add to the mindless terror, the ethno-religious violence and discontent that question the very foundation of the country, the geo-politics of the country, the position of President Goodluck Jonathan in the power equation in Nigeria and it is easy to see why 2015 matters. There are two issues that will define the 2015 elections in Nigeria: President Goodluck Jonathan and the current onslaught by the Islamic terror group, Boko Haram, that has led to the death of thousands of innocent Nigerians across the country. President Jonathan has not made his intention to seek reelection public even though there have been tacit campaigns on his behalf by political action groups. Just recently governors elected under the platform of his party, the PDP, endorsed him for a second term but urged him to delay announcing his bid for reelection in deference to the “mood of the nation”. Before that, PDP members of one arm of the National Assembly, the House of Representatives, also endorsed him for a second term. Instructively, the Speaker of the House, Aminu Tambuwal, a member of the ruling PDP who has shown open support for the main opposition party, the All Progressives Congress (APC), was absent when that decision was taken. Though not officially in the APC, Tambuwal is one of three men whose names keep appearing on the opposition party’s radar for likely choice as the flag bearer in 2015. The others are the retired general, one time military head of state (1983-1985) and former presidential candidate, Muhammadu Buhari as well as Rabiu Kwankwaso, governor of the second most populous state in the country, Kano, in the North West. There is a marginal candidate, former external affairs minister and current governor of Jigawa State, Sule Lamido, also in the North West, the preferred candidate of former president, Olusegun Obasanjo, a man who continues to influence the politics of the country almost a decade after he left office. All the potential presidential candidates of the APC are Muslims from the North. That means the party will have no choice but to look for a Christian candidate from the South if only to douse the perception that it is a party out to promote a particular religious agenda. It is all but certain that President Jonathan will get his party’s endorsement if and when he declares his reelection bid. Some of the earliest opposition to his ambition, including the campaign spearheaded by another presidential hopeful, Gov. Babangida Aliyu of Niger State, that President Jonathan had promised his party in 2010 that he would not seek reelection has fizzled out. Constitutionally, President Jonathan is qualified to seek another term. Even though as I noted earlier, the two issues in the 2015 election will be President Jonathan and Boko Haram, the election will be more of a referendum on what Boko Haram means for the corporate existence of Nigeria than on the performance of president Jonathan in the last four years, a performance that has come under serious attack by the opposition.   [caption id="attachment_10658" align="alignright" width="300"] 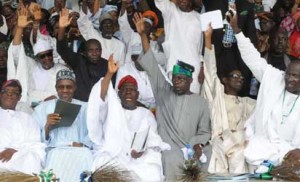 Leaders of the opposition APC[/caption] Nigerians are divided based on religious, ethnic and party affiliations on the performance of President Jonathan, but what is not in doubt is the threat posed to the unity of the country by Boko Haram. Recently, in an interview with Reuters, Nobel laureate and pro-democracy activist, Wole Soyinka, who turned 80 July 13, said he saw the menace of Boko Haram as an opportunity for Nigerians across the country to come together and speak with one voice on the future of the country. Whether Nigerians will heed this call is left to be seen. The writer, Chinweizu, has described Nigeria as “a society of inward antagonism, one held together by mutual internal antagonism, one which could not carry on if its members had no fellow members to hate.” The challenge of oneness, of having a united and common front in facing the crises in Nigeria, has defined the country since independence and will play an important role in 2015 whether we are talking about Boko Haram, corruption or the lack of good governance in the last four years. If Boko Haram intensifies its activities in the weeks and months ahead, it can only mean one thing: the 2015 election will be disrupted in certain parts of the country. That will be good news for some people. As it stands, three states in the North East: Adamawa, Borno and Yobe have been under emergency rule for over a year, even though it has not served to stem the tide of the mindless orgy of bloodletting by Boko Haram. Many reasons have been advanced for the emergence of Boko Haram but what is undeniable is the seeming inability of the state to confront the hydra headed monster, itself  a product of lack of political will, many years of neglect of law enforcement and a political and social system that thrives on corruption.   [caption id="attachment_10659" align="alignleft" width="238"] 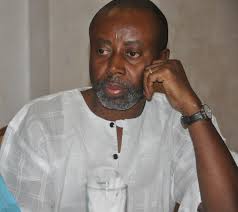 Chido Onumah[/caption] These are not issues to be resolved by rhetoric or wishful thinking.  What do Nigerians want? Nigerians want and need a courageous leader, a person of unquestionable integrity, nationalistic orientation and the drive to do what is right.  Many Nigerian don’t see that in any of the personalities, including the incumbent, jostling for power in 2015. Poor leadership has been a major issue in Nigeria. This is due in part to corruption and the selection process during elections. I don’t see that changing in 2015. Therefore, when it comes to Nigeria, President Obama’s summit with African leaders must focus on the elephant in the room: terrorism. Even though I believe that the initiative and drive must come from Nigeria, the summit must do whatever it can to help Nigeria overcome the current terror challenge. Not since the civil war of 1967-1970 has the country faced such a daunting challenge. We can’t talk about democracy, elections, trade and investment when the survival of Nigeria, and indeed the sub region, is at stake! * Chido Onumah is a Nigerian journalist and coordinator of the African Centre for Media & Information Literacy (AFRICMIL), Abuja, Nigeria. He is currently studying for his Ph.D in communication and journalism at the Autonomous University of Barcelona, Spain.
]]>