The report finds that Nigeria has the potential to expand its economy by roughly 7.1 percent per year through 2030 There is no disguising the challenges that Nigeria is facing. The world is well aware of the concerns around terrorism and Nigeria’s ongoing struggle with poverty. [caption id="attachment_10523" align="alignleft" width="300"] 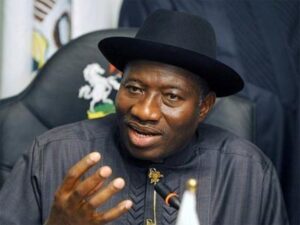 Nigerian President Goodluck Jonathan[/caption] However, there is another side to the Nigeria story that has been overshadowed both by the recent headlines and the persistence of outdated beliefs and assumptions about Nigeria’s economy. A new report from the McKinsey Global Institute (MGI) (http://www.mckinsey.com/mgi) and McKinsey’s Nigeria office (http://www.mckinsey.com), Nigeria’s renewal: Delivering inclusive growth in Africa’s largest economy, examines the country’s economic potential and finds that with the right reforms and investments, it can become one of the world’s leading economies by 2030. Since 1999, Nigeria has proven to be both politically and economically stable and new data released this year show that it is now the largest economy in Africa, in addition to being the most populous.(1)  The new data also show that Nigeria’s economy is far more diverse than previously understood. While the nation’s rich oil reserves remain a critical source of government income and exports, the entire resources sector today is only 14 percent of GDP. Agriculture and trade are larger and faster-growing. It is also not generally recognized that Nigerian productivity, which remains low, has been growing recently and now contributes more to GDP growth than does the expanding population. “What people overlook is Nigeria’s extraordinary advantages for future growth, including a large consumer market, a strategic geographic location, and a young and highly entrepreneurial population,” says Reinaldo Fiorini, director and location manager of McKinsey’s Lagos office. The results of Nigeria’s progress, however, have not been spread evenly across its economy. More than 40 percent of Nigerians live below the nation’s official poverty line and 130 million (74 percent of the population) live below the MGI Empowerment Line(2)—a level of income and access to vital services that provides a decent standard of living. Chief reasons for Nigeria’s persistent poverty include low farm productivity due to limited access to fertilizer and mechanized tools, and inefficient markets. At the same time, urbanization has not raised incomes the way it has in other developing economies. This is because formal job creation and skill development in Nigeria’s cities have been weak, making productivity in urban sectors such as manufacturing lower than in agriculture. [caption id="attachment_10519" align="alignright" width="197"] 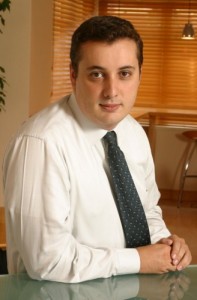 Reinaldo Fiorini, director and location manager of McKinsey’s Lagos office[/caption] Looking ahead, the report finds that Nigeria has the potential to expand its economy by roughly 7.1 percent per year through 2030, raising GDP to more than $1.6 trillion. This could make Nigeria a top-20 global economy—with higher GDP than the Netherlands, Thailand, or Malaysia in 2030.What’s more a large consuming class is developing in Nigeria, with potentially as many as 160 million members by 2030, more than the current populations of France and Germany combined.  This upside scenario is based on a bottom-up analysis of the potential for five major sectors of the Nigerian economy: –        Trade. Based on an expanding consumer class in Nigeria, MGI projects that consumption could more than triple, rising from $388 billion a year today to $1.4 trillion a year in 2030, an annual increase of about 8 percent. This would make trade the largest sector of the economy and provides a particularly good opportunity for makers of packaged foods and fast-moving consumer items such as juices, which could grow by more than 10 percent per year. –        Agriculture. Improvements on several fronts can help raise both the volume and value of Nigerian agricultural production in the next 15 years. The sector, which is now the largest at 22 percent of GDP, could more than double from $112 billion per year in 2013 to $263 billion by 2030. This would require raising yields through greater use of fertiliser, seeds, and mechanized implements; shifting the crop mix to more valuable crops; increasing the amount of land under cultivation; reducing post-harvest losses; and raising more livestock and increasing the output of forestry and fisheries. –        Infrastructure. On average, the value of a nation’s core infrastructure—roads, railways, ports, airports, the electrical system—is about 70 percent of GDP; in Nigeria, core infrastructure is estimated to be about 35 – 40 percent of GDP. It has one-seventh the roads per kilometer as India. On a per capita basis, Nigeria has one-third the residential buildings of Indonesia and one-sixth of the commercial space. Between core infrastructure and real estate, total infrastructure investments in Nigeria could reach $1.5 trillion between 2014 and 2030. This would not only make infrastructure building a major contributor to GDP, but also an enabler of growth across the economy. –        Manufacturing. Manufacturing in Nigeria remains at a relatively early stage of development, contributing $35 billion, or about 7 percent of GDP, in 2013. It has, however, achieved strong growth recently, with output rising by 13 percent per year from 2010 to 2013.  Based on current trends, this could yield a four-fold increase in manufacturing output by 2030, to $144 billion per year (an annual growth rate of 8.7 percent). Local processing (packaged foods, for example) and commodities would continue to be the largest manufacturing industries in Nigeria. –        Oil and gas. While the oil and gas sector is expected to grow by 2.3 percent per year at best, its success is still vital to the Nigerian economy. With the right reforms, liquids production could increase from 2.35 million barrels a day on average to a new high of 3.13 million barrels a day by 2030, contributing $22 billion to GDP by 2030. Natural gas output could grow by as much as 6 percent per year, adding $13 billion to GDP by 2030. In total, the oil and gas sector has the potential to contribute $108 billion per year by 2030, up from $73 billion in 2013. However, this assumes that the sector is successful in dealing with current obstacles such as security and can attract fresh investment. If Nigeria can better link growth to poverty reduction, 70 million citizens could be lifted out of poverty and 120 million could have the resources to reach the Empowerment Line. We estimate that, under the most favorable circumstances, for each percent of GDP growth, poverty would be reduced by 0.20 percent, a rate that is between the ratios of Brazil (0.15) and Ghana (0.25). Tying growth to rising living standards across the economy will depend on raising farm incomes and creating more formal urban jobs. It will also require actions by the government—including reconsidering tariffs that raise the cost of imported food and re-prioritizing government spending needed to programmes that lead to economic empowerment. While government has put in place clear strategies and plans for various sectors, the most important step that government can take now is to improve its ability to deliver its programs and services. These range from “safety-net” support payments to the poor, to health care, education and infrastructure. [caption id="attachment_10520" align="alignleft" width="208"] 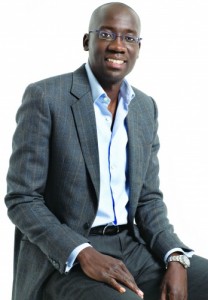 Acha Leke, a director in McKinsey’s Nigeria office[/caption] Nigeria trails peer economies on metrics such as child mortality and literacy. Basic literacy among 15- to24-year-olds—a crucial indicator for potential economic success—is just 66 percent, compared with 99 percent in South Africa, for example. A critical initiative for Nigeria, then, will be to adopt the best practices that have been well established around the world for improving delivery of government services. These include selecting strong, empowered leadership, raising pressure for government departments and agencies to perform, using “delivery units” (dedicated multi-disciplinary teams that can work across bureaucracies), and collaborating with the private sector and other stakeholders. Nigeria can also capitalize on several favorable trends such as rising demand from emerging economies, growing global demand for resources, and the spread of the digital economy. Nigeria also has a young and rapidly-growing population and an advantageous geographic location in West Africa, which enables trade within the continent and with Europe and North and South America. “By capitalizing on its strengths and positioning itself to take advantage of emerging global trends, Nigeria could potentially triple its GDP by 2030,” says Acha Leke, a director in McKinsey’s Nigeria office. “This adds up to a huge opportunity for inclusive growth that should not be missed.”     *in partnership with APO.View complete report here ]]>