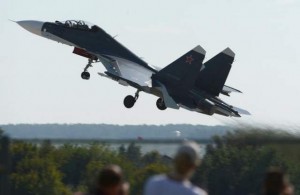 BULAWAYO, ZIMBABWE — Sub-Saharan African countries have ramped up acquisition of sophisticated multirole fighter aircraft and combat helicopters in a continental buying spree driven by efforts to confront evolving security threats, but also by national aspirations to assert regional power. According to the Stockholm International Peace Research Institute (SIPRI), African air power deals, funded by newly found mineral and hydrocarbon wealth, have doubled in volume from 2008 to 2013 compared with the previous six-year period. Although the race for military superiority had been largely confined to the North Africa/Maghreb region where Algeria, Morocco and Egypt openly vie for regional supremacy through massive new weapon acquisition programs, sub-Saharan African countries are catching up fast. A survey of recent and pending African military aircraft purchases shows that multirole fighter jets have emerged as favorites among African air forces ramping up their capabilities with new platforms and upgrade to old ones. Apart from South Africa, which ordered 26 JAS-39C Gripen multirole fighter jets in 1999 and more recently Beriev Be-200 multipurpose amphibious maritime patrol aircraft and Ilyushin 76 strategic transport aircraft, most of the countries involved in Africa’s race for aerial supremacy have settled for new or refurbished Russian-made Sukhoi and MiG multirole aircraft. The biggest recent acquisition of new aerial platforms was made in July 2013 when Ethiopia ordered 18 refurbished Su-30K fighter jets, which are due for delivery by the end of this year. According to Alexander Mikheyev, the deputy director of Russian state-owned arms exporter Rosoboronexport, the aircraft will be modernized and fitted with new tactical, technical and operational characteristics, including provisions for air-to-ground missile systems. In May of last year, the Ugandan People Defense Force Air Force acquired six Sukhoi Su-30MK fighter jets, bringing the number of Su-30s acquired from Russia since 2011 to 12. The popularity of the Su-30K continued last year when Angola ordered 12 upgraded versions of the aircraft, six of which have already been delivered. The Angolan Air Force was already operating six Su-30MKs, which were ordered in 2012. African air forces reportedly prefer the Su-30, a two-seat, multirole fighter jet capable of flying combat missions in adverse weather conditions, day and night. The Su-30K also performs other roles, including air defense, air patrol, escort, maritime patrols and ground attack in the suppression of enemy air defenses. Last month, the Chadian Air Force unveiled the first of three Russian-made MiG-29 multirole fighters ordered from Ukraine in 2009. Commenting on the acquisition, Chadian President Idriss Déby Itno boasted that his country is one of the few in Africa that has superior aerial defense capabilities. “No African country except Egypt, Nigeria and South Africa has the weapons that Chad has today. In addition to what I have today, I am trying to acquire others,” Déby said. In April, Egypt expressed interest in ordering 24 advanced MiG-29 and MiG-35 multirole jets from Russia’s United Aircraft Corporation in a deal that also includes the sale of an undisclosed number of Mi-35 attack helicopters. According to Siemon Wezeman, a senior fellow with SIPRI’s arms transfer program, none of the African countries racing to acquire lethal air power, such as Uganda, Ethiopia, Angola and South Africa, is doing so to confront immediate security threats. Instead, aspirations of geo-political and regional military power-projection and dominance are influencing the air power acquisitions. “The new South Africa feels that it is to some extent a regional power and with these ambitions come military force ambitions. Angola feels that it has a very serious stake in the Democratic Republic of the Congo and the Angolan Air Force has been used there in the past,” Wezeman said. “Uganda is preparing itself to defend its newfound oil fields, if necessary. Right now Uganda supports the government of South Sudan [in its civil war]. There have been airstrikes far up in the north of South Sudan, which I think only the Su-30s are capable of, considering the range,” according to Wezeman. *defensenews]]>