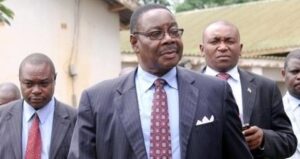 PETER MUTHARIKA IS PICKING UP WHERE HIS BROTHER, THE LATE PRESIDENT, LEFT OFF. PHOTO©REUTERS[/caption] Newly elected President Peter Mutharika won the 20 May presidential election for the Democratic Progressive Party (DPP) with a third of the votes, and is at pains to succeed where his brother failed. The late President Bingu wa Mutharika, who died in office in April 2012 and was succeeded by People’s Party founder Joyce Banda, was a polarising figure for his controversial fertiliser subsidy programme and attempts to hang on to political power. Peter’s initial policies resemble those of his brother, but he and his allies face a parliament in which independent legislators hold the largest bloc, 50 of 193 seats. Peter Mutharika won 36.6% of the vote, which was marred by claims of irregularities that saw President Banda attempt to annul the poll after the initial count. The anger in the Malawi Congress Party (MCP), which came second in the polls, manifested itself in parliament during the swearing in of legislators, as its supporters booed and chanted “thieves, thieves” to the DPP’s parliamentarians. African leaders did not rally around Mutharika, and Botswana’s Ian Khama was the only president in attendance at the inauguration in June. Bingu had often picked fights with leaders from the Southern African Development Community (SADC). Banda had an ignominious defeat, coming not second but third after preacher-turned-politician Lazarus Chakwera of the MCP. She mainly lost support due to her decision to dis- qualify several candidates who had won primaries, leading these candidates to run and win as independents. Cashgate, the mysterious sale of the presidential jet, added to negative perceptions about Banda. In his inaugural speech the new president, a former constitutional law professor, promised to uphold the constitution and fight graft. He pledged to reduce the powers of the president, to reform the civil service and to push for most appointees to be vetted by parliament. He appointed Goodall Gondwe as finance minister. A former vice-president of the International Monetary Fund praised for the phenomenal economic growth between 2005-2009, when he was finance minister under Bingu, he is set to continue with the reforms Bingu initiated to improve the livelihoods of poor Malawians. The new president says the government will introduce new targeted fertiliser subsidies and create subsidies for cement. Mutharika says employment will be a main focus. Western governments are withholding $150m in aid due to governance problems in former administrations, and Mutharika says he will continue his brother’s policy of courting Asian support. ● *Source theafricareport]]>