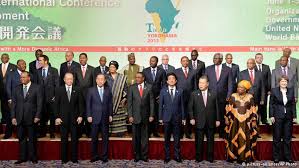 There is a story that governments of wealthy countries like to tell about the rich world’s relationship with Africa. It is a story of generosity, charity and benevolence. It is a story of selfless aid givers supporting the needy and impoverished people of Africa. While this is the story that governments like to tell, it is not the correct story. Research launched this week by Health Poverty Action, with a number of African and UK partners, shows that $192 billion a year is being taken out of Africa by the rich world – almost six and a half times the amount of ‘aid’ it receives. Our research examined outflows from Africa across a wide range of areas. These include illicit financial flows, the repatriation of multinational company profits, debt repayments, loss of skills, illegal logging and fishing and the costs imposed as a result of climate change. We compared these to inflows – including aid, foreign investment and remittances. We found that Africa’s net loss is $58 billion a year. To put this amount into context, it is over one and a half times the amount of additional money that would be needed to deliver affordable health care to everyone in the world. The current debate about the role of the UK in ending global poverty focuses mostly on how much aid we should give. As politicians line up to defend our ‘proud record’ as a donor, for the purposes of political point scoring, the charity sector has tended to respond by applauding the aid budget – and in so doing has reinforced this aid-based perception of our relationship with Africa. http://www.youtube.com/watch?v=E5hdcfFyahM#t=10   We need to ask why then, despite years of this ‘generosity’, is the end of global poverty still nowhere in sight? Rather than tackling poverty, this false narrative has instead helped to reinforce paternalistic notions of Africa as a poor and corrupt continent, with helpless people in need of intervention from wealthy countries. The narrative ignores the fact that the rich aid givers are in fact taking more than they give. In reality, Africa is not poor, but its people are being kept in poverty by a combination of inequitable policies, huge disparities in power, and criminal activities perpetuated and sustained by wealthy elites, both inside and outside of the continent. The UK, with its network of tax havens, is at the heart of this theft from the continent. Yet this truth is rarely told, while politicians and charities praise the rich world for being the saviours of the poor. This perverse portrayal allows wealthy governments to publicly celebrate their ‘generosity, while continuing to be party to the sustained looting of Africa – increasing inequality and creating the very poverty they profess to be solving through aid. As the general election approaches, we – and especially the international NGO sector – must demand that the main political parties clearly set out not how much aid they will provide for the poor, but focus on what they will do to address the far bigger issue – putting a stop to the amounts regularly stolen from the poor. It is time for us to face an inconvenient truth. It is not the world that aids Africa, but Africa that aids the world. Even more, it’s time for us to communicate that truth. *Source Huffington Post .Director, Health Poverty Action]]>