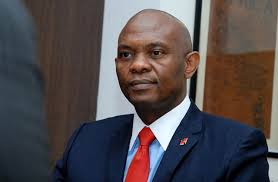 Monday, 30 June, was the first year anniversary of President Obama’s Power Africa initiative, the president’s signature initiative for the continent which seeks to expand electricity to address poverty alleviation and economic growth.

The shortage of energy in Africa obstructs progress in healthcare, education, food security, and all forms of industrial and commercial activity, impeding Africa’s economic development. By elevating the issue of energy poverty and launching a coordinated, strategic approach to tackling it, the US government has galvanized companies in-country and around the world to see the African power sector as a viable investment opportunity, and has brought private sector leadership and solutions to address Africa’s development needs. Already, Power Africa has succeeded in facilitating deals that will deliver nearly 3,000 megawatts of additional power in participating countries. Furthermore, its very existence has encouraged other African nations to initiate reforms within their power sectors, in anticipation of future opportunities to participate in power deals and partnerships.

To ensure continued momentum and expanded reach, legislation is needed to codify the expansion of access-to-electricity in Africa as a long-term development and foreign policy priority of the US government. In addition to the ‘Power Six,’ there are dozens more African countries eager to partner with the US to bring electricity to their citizens.

While there is much progress to celebrate, several challenges still exist. Insufficient infrastructure for power distribution not only threatens to waste valuable megawatts and slow the initiative’s progress, it endangers the existing power generation infrastructure.  Furthermore, inadequate national regulatory frameworks constrain the operations of producers utilizing gas for power. Between these two issues, the benefits of our collective cooperation cannot be fully translated to increased power access.

The Electrify Africa Act passed the U.S House of Representatives on May 8 with broad bipartisan support and the Energize Africa Act was reported out of the Senate Foreign Relations Committee on June 24. If Power Africa is enhanced and expanded through legislation, it can pay economic dividends to both the US and Africa, while delivering substantial development gains on the continent. One such gain would be a significant reduction in the operating costs of businesses. This legislation, along with the Africa Growth and Opportunity Act (AGOA), will help lay the foundations for a new US-Africa relationship; one based not on humanitarian assistance, but on partnership for mutual economic benefit – and one that allows entrepreneurship to be the engine of social development.

It is the hope of many of us in the African private sector, and those of us who have made commitments to support the ambitions of Power Africa, that Congress reconciles the bills before the August recess and passes legislation that gives US agencies the flexibility to partner with African countries to develop their own energy resource priorities.

This would enable President Obama to sign the law in the presence of the more than 40 African Heads of State who will convene at the White House for the African Heads of State Summit on 6 August. Such a historic event would be remembered as the moment when the White House, Congress, African leadership and the private sector stood together to initiate a new kind of partnership, one that seals our collective commitment to bring electricity and opportunity to 589 million African citizens who deserve a brighter future.

*Tony O. Elumelu is an entrepreneur, philanthropist, and chairman of Heirs Holdings Limited, a pan-African proprietary investment company with interests in strategic sectors of Africa’s economy. Elumelu is also the founder of the Tony Elumelu Foundation, an Africa-based and African-funded philanthropic organization dedicated to the promotion of entrepreneurship on the continent. 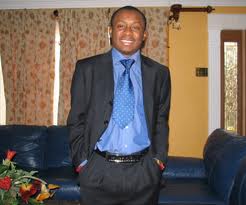 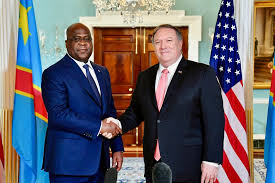