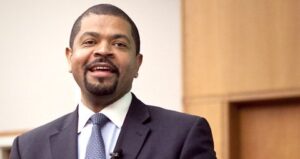 Thomas Konditi, Chief financial officer, General Electric (GE) Africa. Photo©All Rights Reserved[/caption] The GE facility being built in Calabar exemplifies the company’s approach to developing suppliers in Africa. General Electric (GE) moved its Africa chief executive Jay Ireland to the company’s Nairobi office in March 2011, and the United States-based manufacturer has since increased its focus on bringing African firms into its supply chains. In the energy sector, GE is working with Aeolus Kenya to build a 61MW wind farm at Kinangop and plans to triple gas-fired turbine sales to emerging markets by 2017. The Africa Report: How are you approaching manufacturing locally in Africa? Thomas Konditi: We have five countries where we have announced or are about to announce some level of manufacturing supply chain or assembly facility. In Nigeria we have a facility we are creating in Calabar which we are going to use as a supplier development platform. So we will do assembly and manufacturing in that facility, but the majority of the work will actually be done by Nigerian suppliers. So the difference is I don’t just go and hire a thousand people for a factory. I actually go and create wealth by developing a supplier who has 10 people and is doing casting, but who we are going to turn into a machining company doing world-class machining. He will then sell to GE, but he also sells to five or six other global companies. So you are bringing the manufacturing base into the global supply chain, not just creating jobs. How does that sit with the local-content provisions that are commonplace across various industrial sectors? Don’t tell me how many people to hire, tell me what you want. You want a $200m high-tech supply base? Give me that target and I will go figure it out. Our chairman Jeff Immelt came through about a month and a half ago. We did Kenya, Ethiopia, Mozambique and Nigeria. He says: ‘The new corporate social responsibility is developing SMEs [small and medium-sized enterprises]. Don’t ask me to fund medicine for cholera. I do $90bn of supply chain a year, that’s what I’m good at.’ We can take a guy who has a certain level of production, quality and training, and get him to where he becomes a world-class provider. How far has the Calabar facility progressed to date? We have purchased the land, we have started clearing it. The facility itself will be up in 2016, and it will be supplying the oil and gas and power sectors. We have just hired the first batch of Nigerians to start training to build the equipment that’s going to be there in two years. With the suppliers, we have done multiple supplier fairs around the world – Holland, China, Nigeria, Chicago, Angola. We got international suppliers like Parker Hannifin, a US supplier, and said: ‘You come. We are going to offer you off-take from our Calabar facility. And the trick is, you are go- ing to produce that using a local supplier. Here are your Nigerian partners. You are going to teach them, and I’m going to support the funding of that process and guarantee the offtake.’ When all is said and done, Parker Hannifin has volume, the Nigerian supplier is now a Parker Hannifin-qualified supplier and its manufacturing is based in Nigeria. What about outside of nigeria? We are going to be building a $250m facility to do this in the north of Angola, and we are also looking at Ethiopia. We are putting in a distribution facility with Ethiopian Airlines so you can get any one of our high-value parts in 48 hours or less, which will blow away the model for Africa because everything now is four to eight weeks away. We are also putting in a light-assembly facility, and we are going in ahead of any localisation requirements and saying we will assemble and put in any local-content needs for the stuff that makes sense for Ethiopia, be that final configuration on power equipment or doing a decent size of assembly on healthcare equipment. *Source Africa Report ]]>