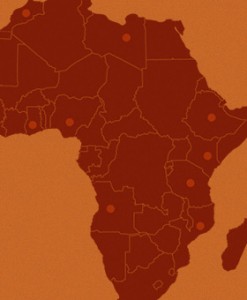 On August 5, 2014, Bloomberg Philanthropies and the U.S. Department of Commerce will co-host the first-ever U.S.-Africa Business Forum, a day focused on trade and investment opportunities on the continent. The U.S.-Africa Business Forum will be part of President Obama’s U.S.-Africa Leaders Summit, the first summit of its kind, and the largest event that any U.S. president has ever convened with African heads of state or government. As President Obama said in Tanzania last summer, “in our global economy, our fortunes are linked like never before. So more growth and opportunity in Africa can mean more growth and opportunity in the United States. And this is not charity; this is self-interest. And that’s why a key element of my engagement with Africa, and a key focus during this trip, has been to promote trade and investment that can create jobs on both side of the Atlantic.” Held at the Mandarin Oriental, in Washington, D.C., the U.S.-Africa Business Forum will intensify efforts to strengthen trade and financial ties between the United States and Africa. The Forum will focus on U.S. private sector engagement in Africa in the areas of finance and capital investment, infrastructure, power and energy, agriculture, consumer goods, and information communication technology. Heads of state will engage with business executives from both sides of the Atlantic to engage in conversations about successes and solutions to build greater access for trade and investment in Africa. President Obama will participate in the conversation with CEOs and government leaders from the U.S. and Africa. “The opportunities for the United States and Africa to work together to achieve mutual prosperity for our countries and our people are growing,” said U.S. Secretary of Commerce Penny Pritzker. “Africa is home to seven of the 10 fastest growing economies in the world, the middle class across the continent is expanding, and there is great potential for U.S. firms to sell their goods and services, and leverage their expertise, to help African countries meet their development goals. At the Department of Commerce, we’re working with American companies to help ensure they have the tools they need to do business in Africa, and this Forum will be yet another mechanism for cooperation between the U.S. government and private sector, and our counterparts in Africa.” Bloomberg Philanthropies founder Michael R. Bloomberg said, “At Bloomberg Philanthropies, we share the Administration’s deep commitment to the continent. There is great optimism for what lies ahead as Africa will play an increasingly central role in global affairs and international commerce. Vibrant, transparent business communities that are wired into the global economic conversation are essential for the future of Africa. This Forum and Summit builds on this dedication to the future of Africa, and will go far in building a better and more secure economic and political future for the continent.” The U.S.-Africa Leaders Summit will convene leaders from more than 45 from sub-Saharan and North African nations to discuss regional economic, political and development issues, aiming to forge deeper transatlantic ties as well as exploring comprehensive and collaborative solutions to unlock the type of economic growth and opportunity that showcases a new kind of partnership rooted in shared interests. For more information about the event, visit usafricabusinessforum.org. Members of the media interested in attending the summit can apply for accreditation and registration online. 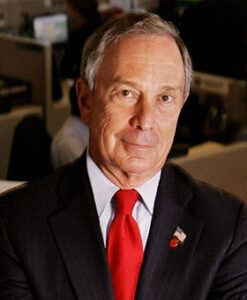 ABOUT THE U.S. DEPARTMENT OF COMMERCE

The U.S. Department of Commerce promotes job creation, economic growth, sustainable development and improved standards of living for all Americans by working in partnership with businesses, universities, communities and our nation’s workers. The department touches the daily lives of the American people in many ways, with a wide range of responsibilities in the areas of trade, economic development, technology, entrepreneurship and business development, environmental stewardship, and statistical research and analysis. 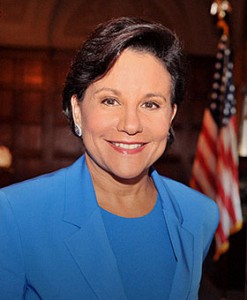 Beginning next week, Secretary Pritzker will lead a trade mission of 20 U.S. companies to Ghana and Nigeria. This mission will promote U.S. exports and expand U.S. companies’ presence in Africa by helping American firms launch or increase their business in the energy sector. The firms joining the mission have the expertise to help African countries develop and manage energy resources and systems, as well as build out power generation, transmission, and distribution. The Commerce Department also recently announced that in the coming months, its International Trade Administration will more than double its presence in Africa, opening their first-ever offices in Angola, Tanzania, Ethiopia, and Mozambique. At the same time, offices in Kenya, Ghana, Morocco, and Libya will also be expanded. With these critical investments, the Department of Commerce will be able to increase assistance to U.S. businesses navigating markets in Africa, and help them sell their goods and services in even more places around the world. *Source usafricabusinessforum
]]>