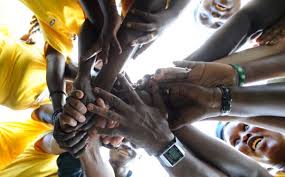 A forum to explore select issues in African development will be held in advance of the U.S Africa Leaders Summit on August 5-6, during which President Barack Obama will host African heads of state and heads of government at the White House. The ‘Africa Forum’, organized by the FEEEDS Advocacy Initiative,Gallup Poll, the Africa Society of the National Summit on Africa, AllAfrica (allAfrica.com) and Operation Hope, will provide a platform to discuss African trade, development of the power sector; the role of small and medium-size businesses (SMEs); agriculture and nutrition at Gallup Poll headquarters in Washington, D.C. on July 10 from 2:00-4:30PM. Jon Clifton, Gallup World Poll managing director, says he welcomes the opportunity to highlight key Africa trends, including how “Africans feel about their lives and well being.” FEEEDS Advocacy Initiative CEO, Ambassador Robin Renee Sanders, notes the historic nature of the Leaders’ Summit and FEEEDS’ particular interest “in hearing the views of Africa Forum panelists on what can be done to support SMEs, as they are key to Africa’s development.” For his part, Nigerian Ambassador to the U.S. Adebowale Adefuye, who will be opening the Forum, highlighted that the event was key to advancing issues and discussion ahead of the US-Africa Summit, and that his country continues to move forward being one of the Continent’s leaders in having a high economic growth rate. Bostwana Ambassador to the U.S. Tebelelo Mazile Seretse also stressed the importance of Africa’s economic rise emphasizing that “Increased trade and investment in Africa is in America’s best interest, with Botswana being number one in the world for investment opportunities in the Baseline Profitability Index.” Africa Society President Bernadette Paolo, Esq., stresses that her organization “sees the the Africa Forum as a platform for U.S. and African stakeholders to discuss divergent points of view and also an opportunity to present new analysis, while engaging the broader public in the discourse about the historic U.S.-Africa Summit.” Senegalese Ambassador to the U.S. Cheikh Niang, who will be featured on the Governance Panel, said he was pleased with the partnership between his Embassy and the Forum’s organizers, commenting that there is progress in African Governance despite the challenges, adding that Senegal’s elections have proven its leadership in this regard. AllAfrica co-founder and board chair Amadou Mahtar Ba says, “Frank discussion among decision makers, private sector, civil society and media is fundamental to addressing many issues relevant to the US-Africa relationship, and the Africa Forum will contribute to that important process.” Jena Roscoe, Senior Vice President of Operation HOPE (OH), will highlight OH’s model for African Youth Financial Literacy and its center in Johannesburg, commenting that the panel discussions will offer an opportunity to consider more youth literacy initiatives for Africa. *Source allafrica]]>