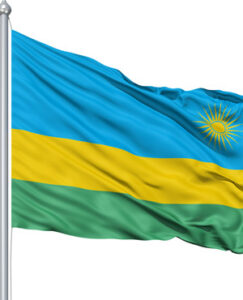 Human Rights Watch has reacted angrily to Rwandan allegations of bias in its reporting on the east African nation, saying it has been “misrepresented” and its staff “disparaged”.The statement from the group, released overnight on Monday, came after Rwanda’s justice ministry accused the rights organisation of colluding with terrorists and signalled it may no longer be allowed to work in the country. “Human Rights Watch is deeply concerned that the Rwandan Ministry of Justice has grossly misrepresented the work of Human Rights Watch and disparaged its staff,” the group said in a statement. “Human Rights Watch has worked on Rwanda for more than 20 years, since before the 1994 genocide, documenting abuses against Rwandans and defending the human rights of all, regardless of their political or other affiliation,” said Daniel Bekele, Africa director at Human Rights Watch. “Human Rights Watch and its staff are independent of any government or armed group. We strongly reject accusations of political bias and stand by our reporting on Rwanda.” On Monday Rwanda’s justice ministry said it had become “impossible to differentiate HRW’s activities… [and] political propaganda for terrorist groups”, a reference to exiled opposition groups and critics of the government of President Paul Kagame. Irreparable damage It also said HRW had violated a memorandum of understanding signed with the ministry that governs its presence in Rwanda, and warned that relations were “headed towards irreparable damage”. “The ministry has observed a consistent and persistent pattern of actions, activities and publications on the part of HRW that the Ministry finds capable of only one explanation: a deliberate, sustained, and politically motivated propaganda campaign against the Government of Rwanda,” it complained. It said HRW had also become a “valuable mouth piece for criminal and/or terrorist groups, particularly the FDLR” – or the Democratic Forces for the Liberation of Rwanda (FDLR), Rwandan Hutu rebels who include the perpetrators of the 1994 genocide in their ranks and who are based in the forests of neighbouring DRC. The spat comes after HRW reported last month that an increasing number of people have been forcibly disappeared or have been reported missing in Rwanda since March 2014, and said there were “indications of involvement of state agents in the disappearances”. The group said some those detained were suspected of links to the FDLR. Kagame’s regime has also been accused of assassinating opposition figures and dissidents who are based abroad, charges the authorities in Kigali have strongly denied.