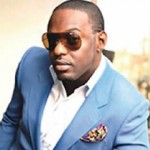 Getting Jim Iyke Esumogba for an interview has been a long chase. In-between movie sets abroad and running his foundation and some other business ventures, the actor has been busy.

The University of Jos graduate opens up on things close to his heart. Few know he was born in Gabon Libreville but not a few have dubbed him ‘Nollywood bad boy’. But love or hate him, he continues to stay afloat amidst several controversies.

While he admits that the controversies that usually trail him, were simply a creation of his public relations managers at the time, did pay off initially, it eventually spiralled out of control.

“I’ve heard that I deem myself something of a puppeteer and that I orchestrate these media maelstroms to maintain relevance and news. I wish I was that creative! The other side of the debate – the more discerning would argue – I’m a victim of PR machinery gone wrong. Perhaps my handlers in the earlier stages of my career saw a need to create an unfathomable media being that was as audacious as the characters I played in films.

“It caught on. Caused quite a stir, then quickly spiralled out of control. There were days when I wondered if I could have done something about it; like a campaign to state I was a different person. But then, the media loved it too much. It sold millions of movies. It sold papers. It also sold my privacy and peace of mind. I struggled for years to understand what it was doing to my psyche, my relationships, my family, my spirituality, “he reveals.

On why he has been somewhat out-of-touch with Nollywood of late, he says he is simply seeking for new challenges. He says of Nollywood, “Nothing was challenging anymore. It was too easy and too perpetual. It was too boring and too predictable. I had no room to pursue or hone other skill sets I had. I didn’t have time for extra curriculums like hobbies, family, and friends, personal and social advancements. Something had to give! After all, I was the guy that made 38 films in a year,” he boasts. 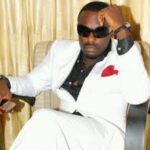 With his reality TV Show, Jim Iyke Unscripted, which is set to run for the third season, he declares, “It is the biggest celebrity reality show on the continent with over 10 million viewers. We did 12 countries in season one, another 10 in two. It’s the story of a man’s journey through his eyes and his words .If for nothing, to whom It may concern, I would have gained perspective and hopefully a better understanding of the idiosyncrasy that rules my day.”

While Nollywood is said to be a major contributor to Nigeria’s GDP, Iyke says the feat is not translating to progress in the long run. “Ours, if it isn’t oil and politics, then it isn’t attainable. They tie up funds in bogus and outlandish conditions and make bold and futuristic propaganda-driven statements as to how it is accessible to every practitioner that simply has to ask for the taking.

“The sad part is that the practitioners do not even recognise the most basic of their fundamental rights. How can you ask, when you don’t understand what you’re asking for? The ones that do understand and     fight to the helm of affairs are busy fighting each other and developing schemes to enrich their shallow pockets.”

And so will he ever consider vying for the presidency of the Actors Guild of Nigeria?

“I’ve had occasion where they tried to drag me into this unpredictable territory. I assure you categorically Nollywood politics holds no iota of interest for me.”

A conversation with the dark-skinned actor is incomplete without referring to his lover, Ghanaian actress, Nadia Buari, whom he refers to as Skittles. Asked about the current status of the affair, he waxes philosophical, saying, “She (Nadia) is a solid down-to-earth woman. I’m a man that translates variables in ways many people find incomprehensible. We have embraced who we are and learnt to create our own world and expectations. We have ups and downs like every other couple. 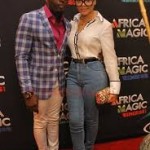 “We have our strength and weakness as well. At the end of the day, rumours of break ups and make ups ought to abound. It really doesn’t matter. A relationship is a continuous work. Those that give up, perhaps weren’t committed enough. Those that go in for the long haul suck up and square up to the variables life throws at them. The people that judge harshly are obviously the ones that live far from their desired lives. We just live the best way we know how and leave the rest to the author and finisher of all things.”

The future is already looking good as far as Iyke is concerned. Having just featured in a Hollywood film in 2013, titled There Comes Love alongside Hollywood actors, Brian White and Gracie Beauvis, the actor is diversifying into other areas of interest already including water business.