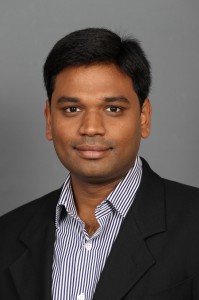 Sumesh Rahavendra[/caption] Due to Africa being home to seven of the 10 fastest growing economies in the world(1), the continent is fast becoming top of mind for many global businesses. According to Sumesh Rahavendra, Head of Marketing for DHL Express Sub-Saharan (SSA) (http://www.dpdhl.com), while the growing interest from global parties is beneficial for much-needed foreign investment, local businesses should also be encouraged to capitalize on the continent’s increasing economic growth. The Ernst & Young 2014 Africa Attractiveness survey last week revealed that Africa has become the second-most attractive investment destination in the world, up from the third-from-last position in 2011. In 2013, Africa’s share of global foreign direct investment (FDI) projects reached 5.7%, its highest level in a decade. Rahavendra says, “The rise of Africa has been well documented over the past decade and has now become one of the biggest frontiers for trade and investment.” He points to recent figures by the International Monetary Fund (IMF), which also tell the story of Africa rising. Its latest Regional Economic Outlook: Sub-Saharan Africa (SSA) April 2014, revealed that real GDP growth in SSA is forecasted at 5.4% this year. He adds that this overall economic growth forecast is surpassed by many of the African countries prospects, especially low-incomes states, such as Rwanda and Sierra Leone, which are projected to grow by 7.5% and 13.9%.” The 2014 Africa Attractiveness survey revealed that South Africa remained the largest destination for FDI projects, however, countries such as Ghana, Nigeria, Kenya, Mozambique, Tanzania and Uganda, have become more prominent on investor’s radars. For example, FDI projects in Mozambique grew at a compound annual growth rate (CAGR) in excess of 30% since 2007. In 2013, Mozambique received 33 FDI projects, up 32% from the previous year. While coal deposits and offshore gas fields attract investors, infrastructure projects are another focus, with the country currently having more than US$32 billion worth of active infrastructure projects. A key focus area of these projects include developing road and rail transport networks to link the country’s coal reserves to the main corridors, as well as expanding port facilities. Although FDI projects into Angola declined in 2013, the country remains the fourth-largest recipient of FDI. The country is focused on increasing its infrastructure, especially airports and ports, to meet its aim of US$4b in non-oil investments by 2017. Rahavendra adds that the discussion of foreign investment often overlooks the real potential of Africa, namely its people and businesses. “Many local entrepreneurs and small and medium enterprises (SMEs) have so much to offer to their respective countries, both in terms of services and sustained economic growth.” As economies grow in Africa, as will the demand for its services, and this demand will offer numerous opportunities to inspired entrepreneurs. “As household expenditure has increased over the years, resulting in rising consumer demand, there is a definite opportunity for SMEs to fill the gaps which are not being serviced by large global companies. We have over 25,000 SMEs who work with us across Africa and every day we work on understanding their needs better and help them to go global”. The express company is doing significant work in increasing connectivity for SMEs, helping them to understand the paperwork, legislation and expertise needed to grow beyond borders.

“We are increasingly noticing retail and telecommunication customers expanding on the continent and local entrepreneurs should be encouraged to also capitalize on the continent’s growing markets, similar to the approach by international organizations. We as DHL Express have increased our retail presence in Sub Saharan Africa to just over 2600 outlets. Other sectors where we have seen growth include fast moving consumer goods, health care products, retail, food, telecommunications and other consumer related necessities.” Rahavendra adds that the continent’s competitiveness can be hindered in terms of growing the flow of goods within the continent itself. “With underdeveloped road and rail networks, and around 12% of cities served by just one flight per week, infrastructure and connectivity are among the most pressing challenges. Investments in infrastructure and our network remain a key focus area for us in 2014 as we understand that in order to achieve growth, we need to ensure that we have the best in class facilities. The ongoing upgrades to our network operations assist us in meeting these expectations while maintaining our excellent service standard”. “Extensive infrastructure is critical for ensuring the effective functioning of an economy and a well-developed network is vital for enabling local and global business to transport their goods and services to the market securely and timely. As a logistics service provider, DHL remains committed to not only connecting others to one of the world’s biggest frontiers, but to making the rest of the world the next frontier for Africa,” concludes Rahavendra. *Source APO/DHL  ]]>