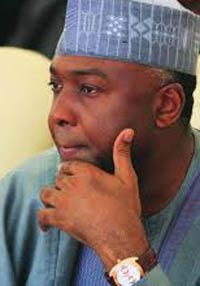 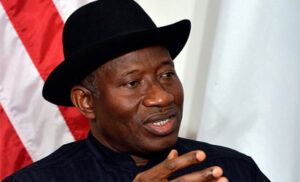 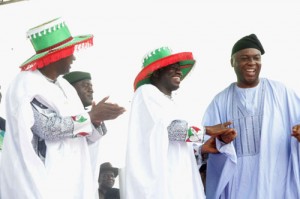 I think what we are trying to do as much as possible is to again improve the lives of our people, be there for them in terms of economic development. As a leader, you must be able to be there for the people you claim to be serving and one must know every point in time that you are holding a position to serve the people. You must make yourself accessible and accountable to the people who are voting for you. And that is what we are doing and that is part of being a consummate politician all the time. I regard some politicians as seasonal politicians, you only see them when it’s like six months to the election, they are not there to understand the needs of the people; they are not there for the people when they should be. I think a lot of people in Kwara have seen through that, they appreciate the bond of those leaders and politicians that are with them. We relate with them at all time. What is your relationship with the incumbent governor of Kwara state,  Abdulfatah Ahmed? We have a good relationship. But there are reports that there was a kind of pact between you and the governor that he will run only a term and that is causing some rift between ……. (Cuts in) I think all those stories are just what you people in the media houses are using to sell your newspapers. You wake up and not based on anything on ground, you just write all those stories. I can tell you and the people back home can tell you that I and Governor Ahmed have a good relationship and we are working well. The issue before us is to ensure that the party meets its promises to the people in the state. Our relationship is very cordial. But it is being claimed you don’t like his leadership style. Will you say you are satisfied with the level of governance he has provided for the state? The government is doing well. The government just created about 26, 000 new jobs. He promised it last December and delivered it now, he has done very well putting in mind that unemployment is a major issue all over the world and in Kwara as well. He has also done a lot in education, healthcare and other sectors. One is not surprised because he has the capacity to do it. So he is doing well. You are a former governor and now a member of the National Assembly. Several people have argued that it is not normal after serving eight years as governor, then you moved over to the National Assembly. I don’t see any big issue in that. I find it interesting. At the end of the day, somebody can decide to serve his people in any position and I think it depends on the electorate whether such person will win or lose election. I mean people are not appointed into such positions or force themselves there, there are processes and I think if people still want to be in public service, why does it matter whether they are former governors or not? I think they even add more value to the system. So I don’t get what the message out there is. Is it that they should not go to the Senate, or they are not up to standard, or they cannot contribute well on the floor of the Senate? It’s still boils down to the fact that Nigerians are dissatisfied with the fact that after ruling a state for eight years,   you move over to the National Assembly because you want to remain relevant….. The question is when that man was a governor, did he perform? And if he performed, did he win the election? If he won the election, then where is the problem? I think we must begin to believe in our system and, as such, at the end of the day, the National Assembly members are representing the people and if the people say this is the person they want, why do me and you begin to question that? There was a former governor that contested the election, he lost. So it’s not automatic. So, it is not just because they are former governors alone, it is because they must have performed in the manner that justified the confidence of their people. If they have not performed, they will lose election. I think people should lay emphasis on what they have done as state governors. On the National Conference From day one, it was clear that it was going to be a jamboree. Where is it going? What constitutional power is being done on the assumption that the National Assembly may allow the possibility of considering the reports? I think those should have been done before the conference. I don’t see much coming out of it; yes, we will have different recommendations but having recommendations is not the issue. The question is, how do you bring those recommendations to be implemented? At the moment, there is no tool or law to facilitate that. If the National Conference ends tomorrow, what next? It is good to talk for talking sake but now we have gone beyond talking sake, we have to start looking at making things happen and the necessary environment and necessary laws that should have been in place are not in place, so I really don’t see much coming out of it. *Source Vanguard Nigeria  ]]>