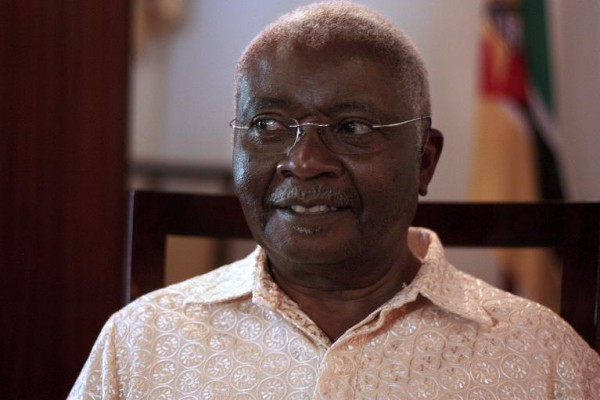 Mozambique President Armando Guebuza speaks with an AFP journalist in Chimoio on October 30, 2013. PHOTO: AFP[/caption] Foreign donors have cut aid to Mozambique’s government by 11 percent compared to last year amid concerns over corruption, an official said Friday. The group of donors who contribute aid directly to the southern African nation’s coffers pledged $275 million in aid this week, down from $309 million last year. Norway decided to stop its commitment altogether, joining Belgium, the Netherlands and Spain who all pulled out from direct budget support recently. Italy’s ambassador Roberto Vellano said “concerns over fiscal transparency, fighting corruption and other outstanding issues” had led “some partners to think they could no longer confirm their participation in this kind of support”. Germany and the United Kingdom have delayed committing funds and it is unclear whether they will do so before the end of the year. Pledges are usually calculated in May for the following year. Mozambique, a country still struggling to rebuild its infrastructure after a devastating civil war that ended 21 years ago, has seen foreign aid dwindle steadily from over half of its government budget in 2010 to a third last year. The latest reduction partly reflected an international trend to “decrease this modality of aid” in light of the global economic downturn, said Vellano. But he said a spat between donors and the government last year over a controversial state-backed bond sale had contributed to donor discontent. Donors were up in arms over the $800 million bond to finance the controversial purchase of a tuna fishing fleet on behalf of a state company. In the wake of the scandal an action plan aimed at improving fiscal transparency has been drawn up. But aid has not dried up completely. Some benefactors are increasing funds to earmarked sectors such as agriculture and health instead of giving it to the government directly. Total foreign aid commitments this week added up to $560 million. @AFP/citizen]]>