In his State of the Nation address to Parliament, President Museveni, among other things, outlined over 20 bills that Government intends to table during the new session of Parliament that opened Thursday. The President, without giving any details of what the amendments would entail, indicated that there will be some bills for amending the Constitution. Other bills will include amendments to the various electoral laws. 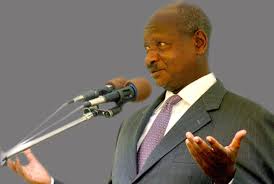 Information and national guidance minister Rose Namayanja later explained to New Vision in more detail what is being prepared in the kitchen, as far as amending the Constitution is concerned. “This goes back to the Ssempebwa Constitution Review Commission of 2005. A host of proposed amendments were put on hold,” Namayanja said. In 2005, a commission headed by Prof. Frederick Ssempebwa, recommended a host of amendments to the Constitution. Only a few amendments were effected, which included the revival of multiparty politics and lifting of presidential term limits. Namayanja revealed that a cabinet sub-committee, headed by the Prime Minister, Amama Mbabazi, is already working on compiling all the proposed amendments to the Constitution. “When it completes its work, the sub-committee will present a report to Cabinet. Thereafter, the matter will be tabled before Parliament,” she added. Namayanja further explained that besides the proposed amendments that were put on hold, there has been other developments since 2005 which require the amending of the Constitution. “There have been court judgements that require constitutional amendments. There is also proposal to amend the Constitution to give the Inspectorate of Government more powers,” she said adding that there were also other proposals from the Judiciary and the Uganda Constitutional Review Commission. Namayanja could not give any specifics on the articles in the Constitution that are candidates for amendment. She, however, also denied that Government had delayed to table electoral reforms. She said, Cabinet was already working on the amendments to the various electoral laws. President Museveni has on several occasions called for amendment to the Constitution in order not to allow the granting of bail in serious cases such as treason, rape, defilement, murder and embezzlement. This has generated a great deal of debate.       The Constitution The Constitution the last significantly amended in 2005 when the presidential term limits were scrapped and the multiparty political system restored. It was also through the 2005 amendments that the office of Prime Minister was made constitutional. There were also several other amendments, including providing for Leader of the Opposition in Parliament, deputy Attorney General, and the creation of regional governments.       *Source New Vision      ]]>