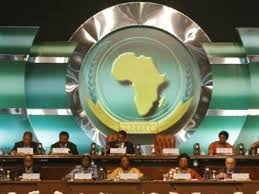 Africa is making progress towards a regional military force by the end of next year, a senior African Union official said on Wednesday, as local leaders urged less reliance on foreign intervention. Delays in implementing the African Standby Force (ASF) forced African states to request French intervention to tackle crises last year in Mali and Central African Republic. African officials have voiced skepticism that the 5,000-strong force, under discussion for more than a decade, would be ready by next year’s delayed deadline, prompting African leaders to approve a stop-gap rapid reaction force last year. Smail Chergui, the 54-nation African Union’s Commissioner for Peace and Security, said four of the five regional brigades due to make up the Standby Force were in an advanced state of readiness, including the North African one. At a a meeting to mark the tenth anniversary of the founding of the Peace and Security Council, he said “progress is being made to have [the Standby Force] fully operationalized by December 2015.” The Peace and Security Council was providing analysts to regional blocs in Africa for a continent-wide early warning system for conflicts, aiming at improving prevention, he said. Chadian President Idriss Deby said a series of conflicts across Africa – from South Sudan to Central African Republic – were a reminder its leaders that the continent needed to do more to strength its own security institutions. Ahead of a two-day summit of the African Union, which officially opens on Thursday in the capital of Equatorial Guinea, Deby called for more resources to be channeled into the AU’s Peace and Security Council. “It is time for us to take our destiny into our own hands,” he said, noting the rise of armed Islamist groups like Boko Haram in Nigeria presented a new kind of challenge for the continent’s security. However, South African President Jacob Zuma urged closer cooperation between the AU’s Peace and Security Council and the U.N. Security Council, in light of the continent’s limited resources to tackle crises on its own. “We need to do more to address the root causes of conflict on this continent,” Zuma said, urging the African Union to work more on crisis prevention and do work in post-conflict countries to prevent relapses into violence. More than 90 percent of the AU’s peace and security efforts, including its AMISOM mission in Somalia, are funded by external actors such as the European Union and United States. *Reuters]]>