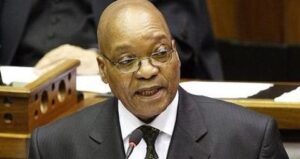 South Africa’s ailing and exhausted leader, President Jacob Zuma will miss his government’s first meeting, as he recovers from fatigue following last month’s election. Recently elected for a second term, Zuma was last week admitted at a Pretoria hospital and treated for fatigue, before being discharged on Sunday evening. “The President will continue to rest for a few days and will work mainly from home during the rest period,” the Minister in the Presidency, Jeff Radebe said. Zuma’s office said he had already met with all his new ministers and their deputies ministers in May to go over the policy priorities and his expectations of them. The Presidency refuted media reports that Zuma had made certain “unscheduled visits” to Durban hospitals early this year. All visits, Zuma’s office said, are booked in advance and those mentioned were part of the annual first semester check-ups. The ruling ANC’s National Executive Committee (NEC) reportedly also made an impassioned plea to Zuma to take a “well-deserved rest following a gruelling election” and the naming of the new cabinet. The ANC was at pains to explain that all the top leaders would be taking a break following the release of the election results. Deputy president Cyril Ramaphosa said the campaign ahead of the May 7 election was gruelling and Zuma needed a rest, while ANC secretary general, Gwede Mantashe echoed similar sentiments at a recent meeting. Zuma is likely to end his sabbatical in time for the all-important State of the Nation address at parliament on June 17 in Cape Town. The address gives shape to the government’s policy trajectory for the country over the next year.