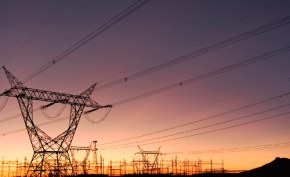 The U.S. government is investing more than $1 billion to create about 20 million new electricity connections in sub-Saharan Africa as part of its “Beyond the Grid” Initiative.   The African continent has the world’s lowest rates of electrification, a fact that caught the attention of U.S. President Barack Obama when he visited the continent last year. So he announced an ambitious plan to electrify 20 million households in six countries: Ethiopia, Ghana, Kenya, Liberia, Nigeria and Tanzania.   U.S. Secretary of Energy Ernest Moniz visited the Ethiopian capital this week to formally launch the program. From there, he spoke to VOA, and said even basic electricity can light up many lives.   “In villages, or rural families who have no electricity, a remarkably small amount is a life-changer. It changes the quality of life very, very dramatically,” he said. “If you just think about what young people can do in terms of reading at night, etcetera in a safe and clean and safe environment … So it is really across the board, and clean energy opportunities in Africa are really immense.”   The “Beyond the Grid” Program has pulled in more than two dozen international investors and will cost more than $1 billion. Much of its work will go towards serving people who live off the traditional electric grid, and to investigate clean energy options like solar and geothermal power.   Officials also say the project is looking to unlock the energy potential of rising African nations like Angola, which is the continent’s second-largest oil producer, and Mozambique, which is in the midst of a natural gas boom.   U.S. Export-Import Bank chairman Fred Hochberg said six countries have been named in the initiative, but many others will benefit, either from technical advice or from regional partnerships.   “This really covers all of sub-Saharan Africa. The six countries have an additional degree of technical assistance and some planning engaged in those six countries,” he said. “But in no way is this initiative limited to six countries, it is across the sub-Saharan continent and many of the projects we are looking at and are more active in are in a multitude of countries.”   Hochberg said regional businesses are also likely to gain from the initiative.   “This really, this power initiative, primarily I also see as a benefit is that it diversifies these economies,” he said. “I was just in Angola, I just met with President dos Santos, who is looking to go forward with a rail infrastructure and a power increase, and that is the first step in diversifying that economy away from being so solely dependent on the exportation of hydrocarbons. So power becomes really the keystone, or the building block, for diversifying the economy, and as I think the secretary said, making sure that you begin to improve the daily lives of people.”   Moniz also pointed out that increased access to electricity is not just a matter of convenience and industry. He said a stable energy supply can have far-reaching implications.   “This is an aside, not so relevant to Africa at the moment, but let me also note that, frankly, particularly being driven by current events in Europe, in the Ukraine, etc., we also see in the United States how the energy insecurity of our friends and allies is a national security problem for us,” he said. “So the issue of energy, energy security, not only for ourselves, but also for our friends and allies is a very important national security issue.”   Moniz, a nuclear physicist, also noted that African nations have inquired about expanding their capabilities with small, pre-fabricated nuclear-generating facilities. He said this is not likely in the near future, the United States is only planning to install such a facility of its own in 2022. *Source VOA/All Africa]]>