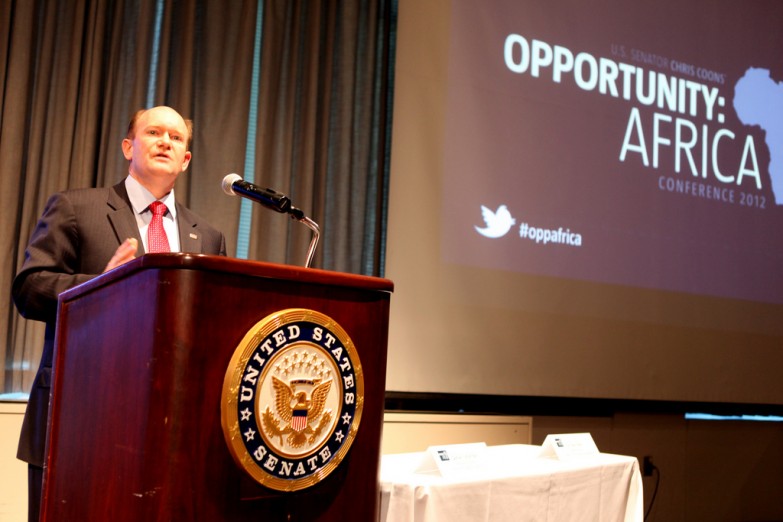 U.S. Senator Coons on the Promise of Africa’s Next Generation 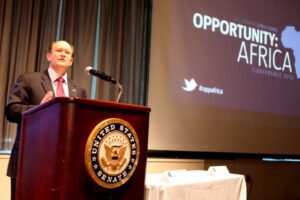 Next week, the world will mark Africa Day, a celebration of the founding of the precursor to the African Union, the Organization of African Unity. As we look back and commemorate this monumental event, we have the opportunity to look forward as well, to the promise of Africa’s next generation.

Africa’s greatest asset is its remarkable people, and participants in the Young African Leaders Initiative include some of the continent’s best and the brightest.

As a young man, I had the privilege of working and living in Africa, and as the Chairman of the Senate Foreign Relations Subcommittee on Africa, I’ve had the opportunity to engage with some of Africa’s most promising leaders, discussing ways we can continue to partner together. For instance, every year I’ve hosted a conference in my home state of Delaware to bring together people representing the faith and diaspora communities, business, academia, and advocacy organizations. This year more than 1,200 people, including former U.S. President Bill Clinton, came together and demonstrated the deep interest in Africa across my home state of Delaware, and in nearly every state across America.

With growing economies, burgeoning populations, and an expanding middle class, I’m excited about what Africa’s future holds. Today, sub-Saharan Africa is home to seven of the 10 fastest-growing economies in the world, with growth predicted to increase from 4.9 percent last year to about 5.5 percent in 2014. Much of this growth is due to Africa’s global partnerships. As trade with the rest of the world has tripled over the last decade, exports have increased more than 200 percent, and imports have grown 250 percent.

We’re at a pivotal point where African leaders must do more to address challenges slowing further economic growth, including corruption and insufficient infrastructure, access to electricity, intraregional trade, and governance. American business leaders tell me regularly that, even with Africa’s enormous economic potential, these challenges limit investment on the continent.

Deeper collaboration between the United States and Africa will strengthen our economies now and in the future. In Congress, I have advocated for specific ways of doing so, including the strengthening and reauthorization of the African Growth and Opportunity Act (AGOA). Since its original passage in 2000, AGOA has been critical to boosting trade and improving trade capacity and governance. As the U.S. Congress considers reauthorization of AGOA – hopefully well in advance of its September 2015 expiration – I’m looking forward to improving the legislation to diversify trade, improve utilization, and deepen our economic partnerships.

While we depend on AGOA to increase African imports to the United States, we must also work to increase U.S. exports to Africa. This will require partnering with African countries to lift barriers to trade by modernizing infrastructure and transportation, as well as eliminating African bans on products like poultry. Such measures will not only benefit Africa’s global trading partners, but will also help to increase regional trade, which accounts for only 11 percent of total trade on the continent.

Sustainable economic growth and true partnership must be built on the vision and collaboration of Africa’s future leaders. If you want to see a nation’s future, look to its young people – and if you want to see Africa’s future, we need look no further than the extraordinary YALI Network. By bringing together and empowering some of the most innovative and forward thinkers across Africa, I’m hopeful about what we can do, together, to build a stronger and more prosperous Africa in the future.

One response to “U.S. Senator Coons on the Promise of Africa’s Next Generation”