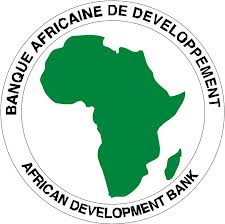 The African Development Bank Group’s 2014 Annual Meetings provides an opportunity to trace the institution’s development journey in line with the meetings theme: “The Next 50 Years: The Africa We Want.” The financial presentation of the Bank’s operations provided a fertile ground to assess its accomplishment and envision the way forward. In the joint presentation to hundreds of participants, the Bank’s Finance Vice-President, Charles Boamah, and Treasury Director, Pierre Van Peteghem, described a Bank that has grown from a few thousand dollars and less than a dozen staff to a multilateral development institution whose footprints are unmistakable in the nooks and crannies of its 54 member states. According to the report, the Bank has approved over 4,501 projects amounting to US $118.7 billion from 1967 when it commenced operations to the end of 2013. Infrastructure development, Africa’s Achilles’ heel, accounted for the largest share of the commitments with 1,404 projects worth US $45,455 million followed by 550 Multisector projects estimated at US $17,212 million. Some 498 “Other approvals” (Include HIPC Debt Relief, Equity Participation, Guarantee, Loan Reallocations, Post Conflict Country Facility and Special Fund for Water) account for US $14,512 million. The environment had 22 projects worth US $365 million compared to 681 social projects worth US $10,251 million; 285 Finance projects estimated at US $13,013 million; 910 Agriculture & rural development projects worth US $13,001 million; 148 Industry, mining, and quarrying projects worth US $4,875 million, and three urban development projects estimated at $4.4 million. Experts say more than the amount of resources committed, the multiple sectors covered is a clear demonstration of the Bank’s ambition to accompany its regional member countries. However, the year 2009 stands out as one of the Bank’s finest moment when it implemented the innovative counter cyclical resource mobilization mechanism to rescue countries that were negatively affected by the crisis. In line with the Ten-Year Strategy, the Bank has launched a massive infrastructure development programme to the tune of US $1.8 billion in transport, US $3.2 billion approved for infrastructure in 2013 alone;  US $882 million in energy; US $462 million in water and US $54 million in communications. Thus, AfDB which has emerged as the largest external financier for infrastructure in Africa took the business to the next level with the establishment of the Africa50 Fund to deliver infrastructure through a new global partnership platform championing projects that tackle Africa’s infrastructure deficit. The Fund which aims to mobilise up to US $100 billion in the first instance, can be a game changer in Africa’s quest for development. These accomplishments have helped to advertise the Bank, to consolidate its triple “A” ratings as well as bolster its attractiveness to potential new members. South Sudan and Turkey joined recently, while Luxemburg is on course to come on board. In addition to the many trust funds set up by member countries within the Bank, South Africa, Angola, Libya and Lesotho have joined the African Development Fund, the concessional window of the group, thereby boosting its development resources.]]>