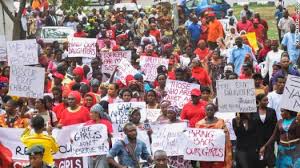 Since 2011, Boko Haram attacks have killed over 1,000 Nigerian Christians, and bombed, torched, or otherwise destroyed scores of Christian churches, villages, and homes. Nigerian Adamu Habila, a first-hand witness to the terror and the sole male survivor of a massacre of his Christian neighborhood, spoke at a Hudson panel last November.
The group has become famous for murderous assaults on an unusually wide range of perceived “enemies,” including other Muslims who dare to defy its edicts. In the middle of the night on September 29, 2013, Boko Haram gunmen slaughtered 44 sleeping students and teachers at the dormitories of an agricultural college in Nigeria’s northern Yobe State.On May 13th, Hudson Institute hosted a panel discussion addressing the recent attacks of Boko Haram—and necessary steps by the international community to reverse and halt the rising trend of extremist violence this group has come to represent. Panelists included:http://www.youtube.com/watch?v=iMBJSknnAnI Deborah Peters, a teenage girl originally from the village of Chibok, where hundreds of her contemporaries and friends were recently taken captive, is the second known survivor, and the first female survivor, of Boko Haram to visit Washington. She is now a student in the United States. Emmanuel Ogebe, an international human rights lawyer and expert in bilateral U.S.-Nigerian relations, recently returned from a three week fact-finding mission to Nigeria and refugee camps along the border with Cameroon where he interviewed many Boko Haram victims. He reported his findings and the inadequacy of the Nigerian government’s response to the violence. Hudson Institute Senior Fellow and Director of the Center for Religious Freedom, Nina Shea, moderated the discussion.   Panel
Deborah Peters Panelist Survivor of Boko Haram attack
Emmanuel Ogebe Panelist Managing Partner, US Nigeria Law Group
Nina Shea Moderator Senior Fellow and Director, Center for Religious Freedom, Hudson Institute