The events leading up to the resignation of the South Korean Prime Minister, Chung Hong-won, has made us in Nigeria realise that the mindless killings by Boko Haram, Fulani herdsmen, as recent discoveries have revealed – ritualists and the abduction of 230 schoolgirls from their school in Chibok, Borno state, will not be tolerated on any scale in more civilized societies where human lives are considered worthy and sacrosanct.

The Sewol ferry with 476 people aboard – over 300 of them, school children and their teachers – sank off South Korea on April 16 while on a trip to the holiday Island of Jegu. Over 92 people are still missing.

The sober Prime Minister cited corruption and “deep-rooted evil” for the sinking of a passenger ship that left 187 people dead. The families of the victims vented out their frustration and anger over the slow response of authorities to the tragedy even as Chung Hong-Won admitted he had not been up to the task of overseeing rescue operations after the Sewol capsized offering his unreserved “apology for having been unable to prevent the accident from happening and unable to properly respond to it afterwards.”

Compare the ongoing thorough inquiry by prosecutors into why the ferry sank to the already forgotten investigation into various acts of terrorism and other acts of injustice against the Nigerian people. There is a disturbing silence as regards the investigation of the Nigerian Immigration Service (NIS) stampede that led to the death of about 20 unemployed graduate Nigerians.

The 325 South Korean pupils on excursion in the ship had their Vice Principal aboard. He was among the survivors. South Korean Police reported that Kang Min-kyu, 52, was found hanging dead from a pine tree on Jindo, an Island near the sunken ship where survivors have been housed. His suicide note said he felt guilty for being alive while more than 200 of his students were missing.

Bring it home, barely 48 hours after the lethal Nyanya explosion that left 75 persons dead and over 200 wounded at a bus station in Abuja, throwing the victims’ families into lamentation and mourning, President Jonathan was caught on camera dancing Azonto over the graves of the deceased in Kano state in the name of a political rally. Responsible leaders elsewhere will be commiserating with the families of those caught up in the blast, while overseeing efforts by security agencies to unravel the remote and immediate causes of the explosion. Politics must not stand in the way of decency

Nigeria is a failed state. Our leaders have failed the country as well. The lack of purposeful leadership has been the bane of Nigeria’s development. We crave a new crop of leaders capable of taking responsibility and willing to be held accountable for project Nigeria

A cursory look at the trajectories of countries like Singapore and post-apartheid South Africa reveal that the quantum leap they have made in the last three decades or so cannot be divorced from Lee Kuan Yew and Nelson Mandela respectively, both are visionary and astute leaders. Be it an institution, organization, state or nation, its altitude is ultimately determined by the quality of leaders piloting its affairs.

This skewed political arrangement of ours that throws up incompetent and mediocre leaders has done too much damage. The subsisting political framework and electoral process makes it difficult for competent leaders to offer themselves for public office let alone win election.

The problem of leadership is as much as that of followership. The dictum: “A people deserve the kind of leadership it gets,” has already gained relevance in Nigeria. For so long, Nigerians have resigned to fate. They have given the ruling class the liberty to run the rule over their lives while watching helplessly on the sidelines – the ruination that has become of the Nigerian state. Nigerians are the architect of the leadership misfits currently in power. They have chosen, encouraged, permitted and supported mediocre leaders. Countries like the Philippines, Kyrgyzstan, Georgia and more recently, Ukraine, have shown how people power can bring about change.  The Nigerian people have failed to hold their leaders accountable for their transactional rather than developmental attitude to governance.

It is a problem of followership that rented crowds still throng the venue of such campaign rallies like in Kano. Discerning followers in more civilized societies will boycott such rallies and if anyone turned up, it will be to pelt the president with stones. Nothing short of a low profile is expected from the presidency in these trying times.

The sombre mood that pervades South Korea is a sharp contrast to the fanfare with which the current administration strut the country on 2015 campaign rallies ignoring news of daily insurgency by dare devil terrorists.

When you juxtapose Nigeria and South Korea today, the latter, use to be a country devastated by war, misruled until the early years of its independence. “Korean Miracle” is a term that now describes the astounding sporadic economic growth, how a country moved from a highly impoverished nation to becoming the 12th largest economy in the world.

The outcry for the whereabouts of the missing schoolchildren in the ferry that sank resonates the agony of parents of the abducted Chibok schoolgirls in Nigeria. The unconvincing nature of the rescue effort from the Nigerian army has compelled the parents of the missing girls to comb the dreaded safe haven for terrorist – Sambisa forest – for their beloved children, not minding the dangers that lurk therein.

PDP blames the opposition, APC, for the incessant Boko Haram menace, claiming the leaders and governors of the progressive party are sponsors of the insurgents.  Abba Moro made excuses and even blamed the applicants for the death of Nigerians in his poorly planned and executed recruitment exercise.

Our leaders have abdicated their responsibility as enshrined in the constitution and in the oath of office they took to provide security for the lives and properties of Nigerians.

The trappings of public office – power, unhindered access to loot, fawning loyalists and all the jazz that comes with political office in this part of the world will perpetually perish any thought of resignation upon any allegation of wrong doing. Here, sit tight is the name of the game. It is a country where a serving Minister of Petroleum Resources, Mrs Diezani Alison-Madueke, seeks to use a court injunction to stop the House of Reps from probing her alleged splurge of N10billion of tax payers’ money on a chartered private jet for her private trips. This illustrates the kind of leaders we have.

Chinua Achebe’s book entitled, The Trouble with Nigeria, succinctly describes our leadership problem: “The trouble with Nigeria is simply and squarely a failure of leadership. There is nothing basically wrong with the Nigerian character. There is nothing wrong with the Nigerian land or climate or water or air or anything else. The Nigerian problem is the unwillingness or inability of its leaders to rise to the responsibility, to the challenge of personal example which are the hallmarks of true leadership.”

*Ilevbare is a public affairs commentator. Engage him on twitter, @tilevbare. He blogs at http://ilevbare.com. 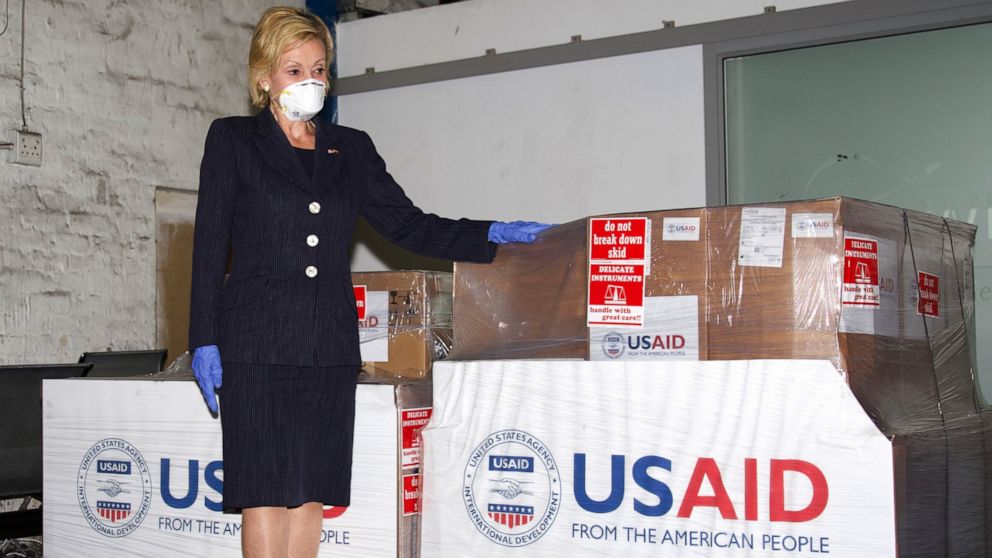