Ladies and gentlemen of the media, 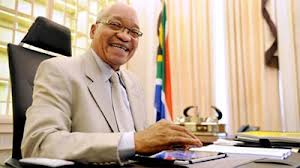 I am pleased to join you on Africa Day, as we conclude our transition to a new administration following the fifth national general elections.
I announced on Saturday that we have entered the second phase of our transition to a national democratic society. I also said this would be a radical phase of socio-economic transformation.
It is my pleasure today to announce the members of the National Executive, who have been tasked with improving and speeding up the implementation of our progressive policies and programmes.
The team will implement the five year Medium Term Strategic Framework of government, which has been developed using the National Development Plan and the ANC Manifesto.
To improve implementation and ensure impact, we have reconfigured some departments while others have been expanded to improve capacity.
I will briefly outline the changes and then announce the names of the new ministers and deputy ministers.
We have established a Ministry of Telecommunications and Postal Services.
Our country has a fast growing telecommunications sector which in 2012 was estimated at being worth R180 billion. We also see a great developmental value in the Post Office given its role of delivering financial services to remote areas of our country.
This new department will ensure that the country derives more value out of the booming information communications and technology industry and the postal services sector.
The National Planning Commission as well as the Performance Monitoring and Evaluation Ministries in the Presidency have been combined into one Ministry to harmonise the planning and monitoring functions.
This Ministry will also continue to be responsible for youth development.
We have established a new Communications Ministry, which  will be responsible for overarching communication policy and strategy, information dissemination and publicity as well as the branding of the country abroad.
Improved communication and marketing will promote an informed citizenry and also assist the country to promote investments, economic growth and job creation.
This Ministry will be formed out of the following components;
• The Independent Communications Authority of South Africa
• The SA Broadcasting Corporation
• Government Communications and Information System (GCIS)
• Brand SA and
• The Media Development and Diversity Agency
Ladies and gentlemen,
The functions related to support for people with disabilities and children, will be transferred to the Department of Social Development.
The current Ministry of Women, Children and People with Disability is now the Ministry of Women which will be located in the Presidency.
The Women’s Ministry will champion the achievement of women’s socio-economic empowerment and women’s rights.
To further improve efficiency in the criminal justice system, we have combined the Department of Justice and Constitutional Development with the Correctional Services department.
The Department will now be called the Department of Justice and Correctional Services.
Ladies and gentlemen, 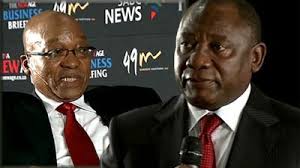