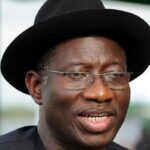 President Goodluck Jonathan has admitted that Nigerian security forces still do not know where more than 200 abducted girls are being held.

They were taken three weeks ago from their school in Borno state by suspected Islamist militants. President Jonathan was speaking for the first time since their disappearance amid growing criticism of the response. He has come under fire for not speaking earlier and his government has faced increasing anger from the public. “We promise that anywhere the girls are, we will surely get them out,” he said in a live TV broadcast. The president said that despite searches by the army and the air force, the girls had not been found. He asked for the co-operation of parents and the local communities in the rescue efforts, saying the “government needs assistance.” “It is a trying time for this country… it is painful,” he added. The BBC’s Will Ross in Abuja says it appears somewhat astonishing that the girls cannot be found when there are reports they have been moved around in convoys of vehicles. This seems to be a sign that there are parts of north-east Nigeria that are more or less off limits to the Nigerian armed forces, our correspondent says. Islamist militants known as Boko Haram, whose name means “Western education is a sin”, are believed to be behind the kidnapping of the girls from their school in Chibok. They have waged a violent campaign in the north-east that has killed hundreds of Christians and Muslims. President Jonathan dismissed the suggestion that negotiations were taking place to secure the release of the girls, saying it was impossible to talk to Boko Haram. “You don’t negotiate with somebody you don’t know. The issue of negotiation has not come up,” he said. He said his government has spoken to the United States and several other world powers, including France, Britain and China, for help with its security issues. “We are talking to countries we think can help us out. The United States is number one. I have talked to President Obama at least twice,” he said. *Source BBC]]>