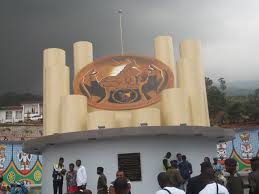 In most areas of the world, Cameroon is known as a former French colony and hence French speaking. This completely negates the historical background of this country otherwise known as “Africa –in-miniature”. Cameroon  (Kamerun) has been a German colony from 1884 until 1916 when they were ousted by a combined forces of the British and the French during the First World War. This ouster led to an attempted joint administration or condominium between the British and the French which failed due to fundamental differences but prominent amongst which were the authority and territorial issues.

The condominium that had started in 1914 woefully went comatose in February, 1916 occasioning the partition of Cameroon between the British and the French. This partition gave 4/5 of the territory to the French and 1/5 to the British. This partition was later confirmed in 1919 following the Versailles settlement and the League of Nations followed suit and declared Cameroon a mandate after seizure of former German colonies all over the world and this mandate was placed under the tutelage of the British and the French effective from 1922. When the League of Nations became defunct at the end of World War Two, all former mandates were simply transferred to the trusteeship council of the United Nations as trust territories after 1945 still under the British and the French with a key objective being their preparation towards independence.

The era of independence struggle occasioned the holding of a United Nations conducted plebiscite in February 1961 in which the former Southern Cameroon or those under the British voted to join the French Cameroonians. It should be noted that this took place after close to forty years of living as separate linguistic, cultural and historical entities. During this period, the English speaking or Anglophones as they came to be called lived and were mentored under the British parliamentary political setup, economic, educational, judicial and linguistic culture. They only accepted to reunite with their French brothers as a distinct and separate political entity which gave rise to the federal constitution that was crafted at foumban in July 1961 making Cameroon an independent bilingual, bicultural and bijural state of the English and French entities from thence till date.

This brief political history of Cameroon is an attempt to debunk the fact that Cameroon is French speaking even if the Francophone leadership has done all over the years to paint this picture to the world through a well-orchestrated plan that has reduced Anglophones in Cameroon to second class citizens through outright marginalization and debasing the  English language to a level where the President has never address the nation in English. Worst of all, despite the fact that English is one of the two official languages in Cameroon as stipulated in the constitution, all official documents are in French to a level where the language is near extinct in all official circles.

The above stance of Cameroonian leaders is fanned by statements such as the one made by Syd Madicot, former British high commissioner to Cameroon in an interview he granted a local tabloid, THE POST no.01077 of August Monday 17, 2009 in which he claimed that the Anglophone problem is visible and felt when viewed along the different European languages used by Cameroon. According to him therefore, residents of the North West region (English speaking) and the West region (French speaking) share a lot in a common culture also known as the “grassfield culture” and it doesn’t make much if one group speaks French and the other one English. 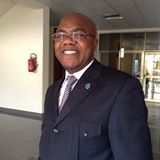 The very fact that such a high British official could make such inflammatory and unguarded statements pointed to the fact that the English component in the Cameroon equation was inconsequential though born out of their heritage and legacy. In fact equating the Anglophones in Cameroon as a mere ethnic group is very provocative, vexing and a diplomatic blunder. It denies Cameroon her international personality of a bilingual state made up of English and French.

Britain had always developed cold feet towards the former British or Southern Cameroon always wanting to submerge it to Nigeria or French Cameroon for one flimsy reason or the other. Britain exhibited such bad fate during the UN plebiscite talks and the fact that Britain refused the English speaking Cameroonians that opportunity to attain its independence before embarking on what form of union it wanted  with the then Cameroon or gaining that independence as a separate state with the right to self-governance. There is overwhelming evidence to show that Britain rigged the votes during the plebiscite for northern British Cameroon to join Nigeria and succeeded! Her game plan was visible through Anglophone Cameroon struggle to negotiate her way with her French brothers and sisters. She stood idly by and watched the Anglophones undergoing humiliation and near annihilation.

It’s a very pathetic and irksome history each time it is revisited and those concern are always dejected and hurt by it whenever it is mentioned. This explains why the Southern Cameroon National Council (SCNC) was created in the 90 s to seek redress and it is advocating for outright secession. In effect, what do you expect them to do in such circumstances when the doors of negotiation are closed to them?

The statement by Syd Madicot is an indirect confirmation of the fact that Anglophones in Cameroon are a storm in a tea cup. It is thumbs up to the powers that be to know that their discriminatory policies against these people are perfectly in order and should continue. It is a tacit approval of witch-hunting  and despise that these people have been subjected to for all these years.

Unfortunately for them, the UN may have realized itself and its errors if recent press statements are anything to go by. According to the Nigerian daily Globaltimes, “..the UNO has given an official authorization, signed by the UN Secretary General, Ban Ki Moon, for Prof. Martin Chia Ateh to issue identification cards to citizens of the Southern Cameroons…” In the article that carries the pictures of Presidents Paul Biya and Goodluck Jonathan, Globaltimes, quoting Section 76b of the UN Charter as well as Act 102(1) and (2) noted that the terms of any union between a member state of the United Nations and another country have got to be evidenced in writing and a copy filed at the United Nations secretariat which will publish it. It adds that failure to do so as was the case with the Southern Cameroons and La Republique du Cameroun “renders the whole arrangement invalid under international law as it cannot be cited before any organ of the United Nations…

This indicates that something may be happening and may end up restoring the independence of Anglophones in Cameroon and not just that they are an entity almost submerged in French Cameroon. The leaders of Cameroon should borrow a leaf from this and engage in meaning dialogue with the Anglophones on the eve of the 42nd celebrations of the Cameroon national day. 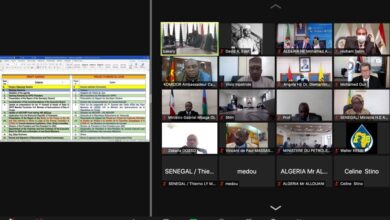